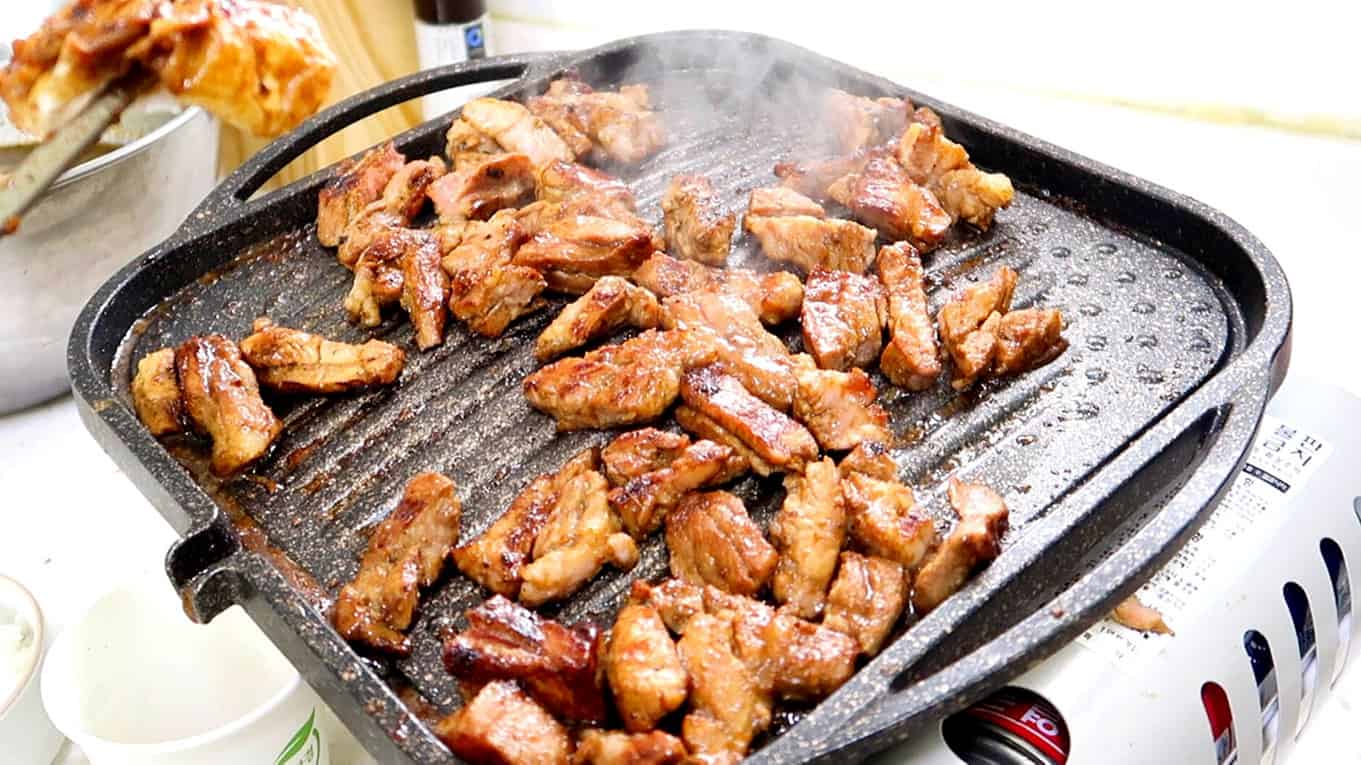 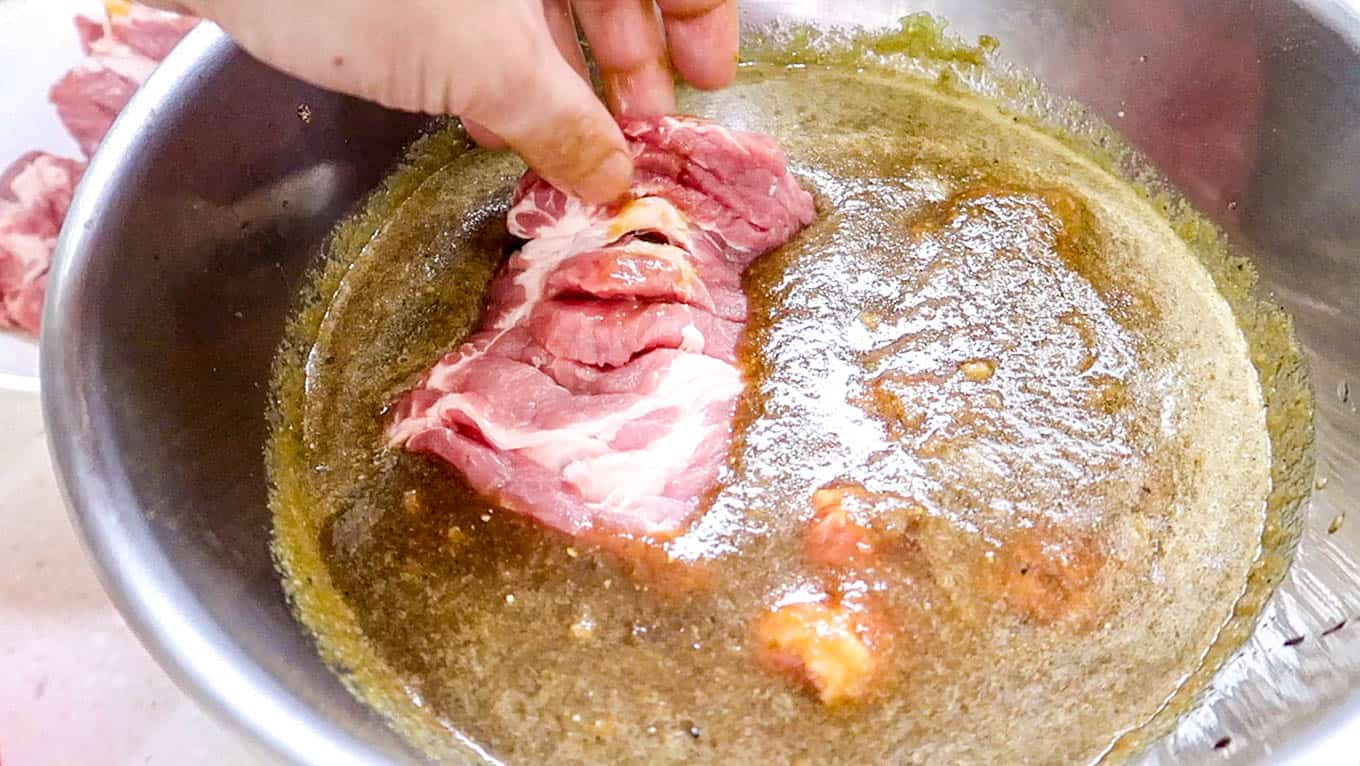 It tastes on-par with any K-BBQ restaurant here in Seoul!

Yangyeom Dwaeji Galbi is one of the most-popular cuts for bbq in Korea.

Compared to other cuts, this is much cheaper - take a look at a restaurant menu below! 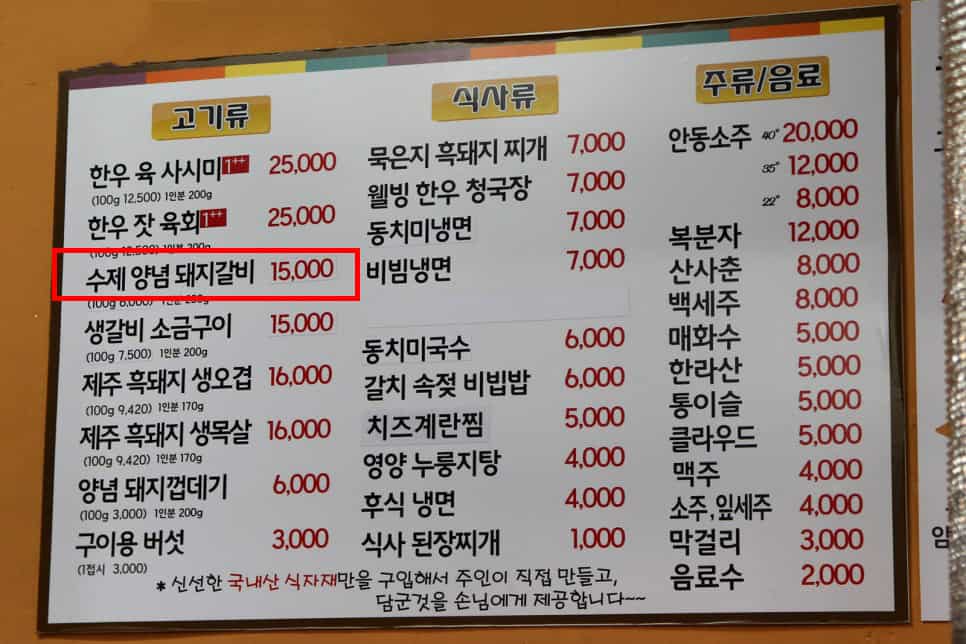 But don’t judge based on price – Yangnyeom Galbi is one of the best-tasting meats!

Now, some K-BBQ restaurants will also use Moksal (Pork Neck) instead of rib meat for their Yangnyeom Galbi.

That’s because pork collar is easier – and cheaper – than prime cuts of ribs. You need to find ribs that have enough meat to butterfly open - like the image below. 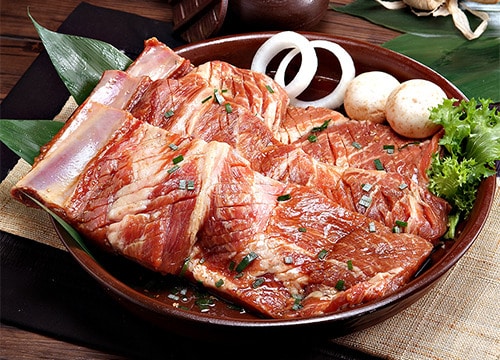 This cut is hard to find at grocery markets - even here in Korea. You have to order it online from speciality butchers.

So for our homecooking recipe, we will use pork collar.

How do I ask for Pork Collar at Korean Markets?

If you're at a Western Supermarket, ask for cuts of Pork Collar (which is also known as Boston Shoulder or “Boston Butt”). 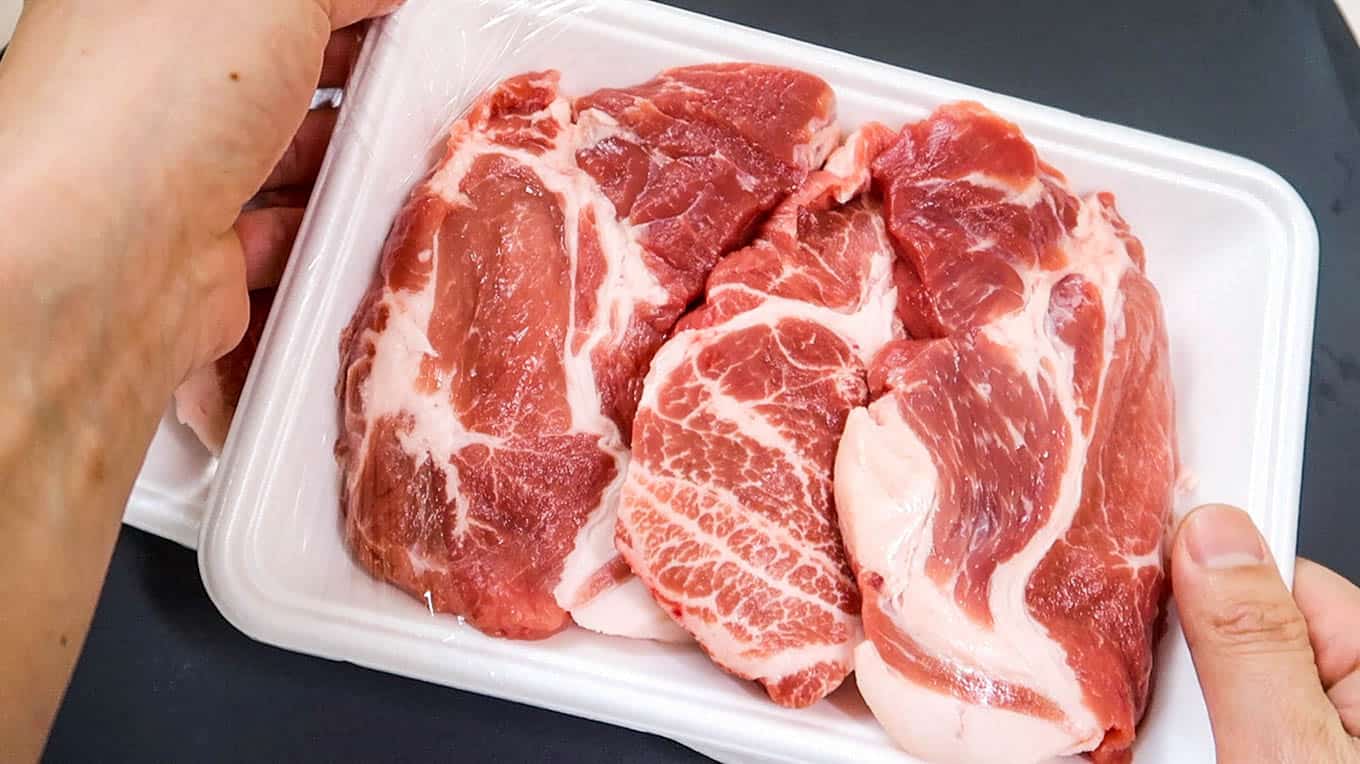 Now it shouldn't be cut too thin. The cuts should be around ~1.5 cm thick - roughly the length of your picky nail (reference image below). 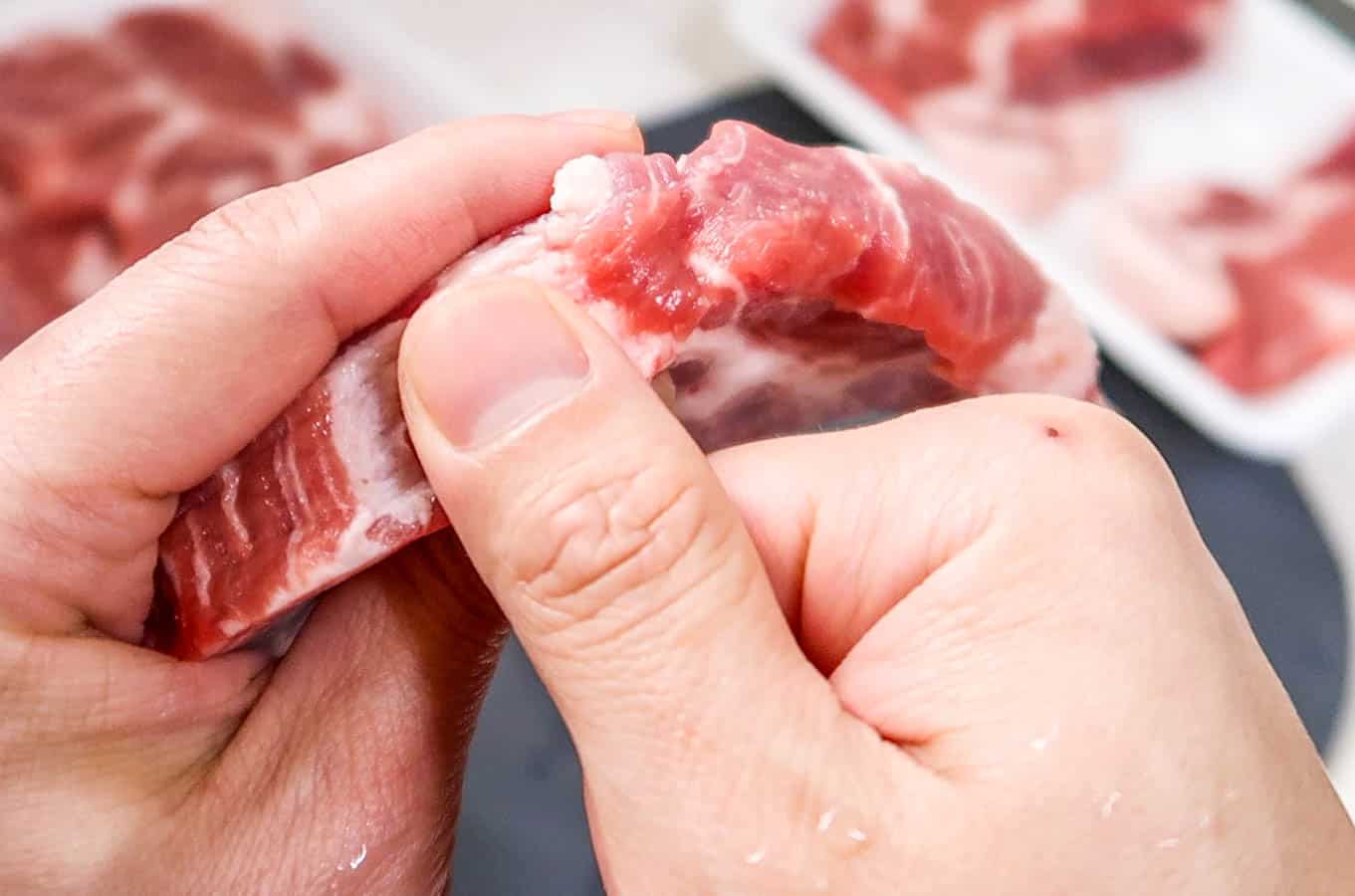 What goes in the Korean Pork BBQ Marinade?

We’ll build our flavor in layers.

The first layer is a base of fresh aromatics like: Ginger, Garlic, Onions, Spring Onions and Korean Pear. 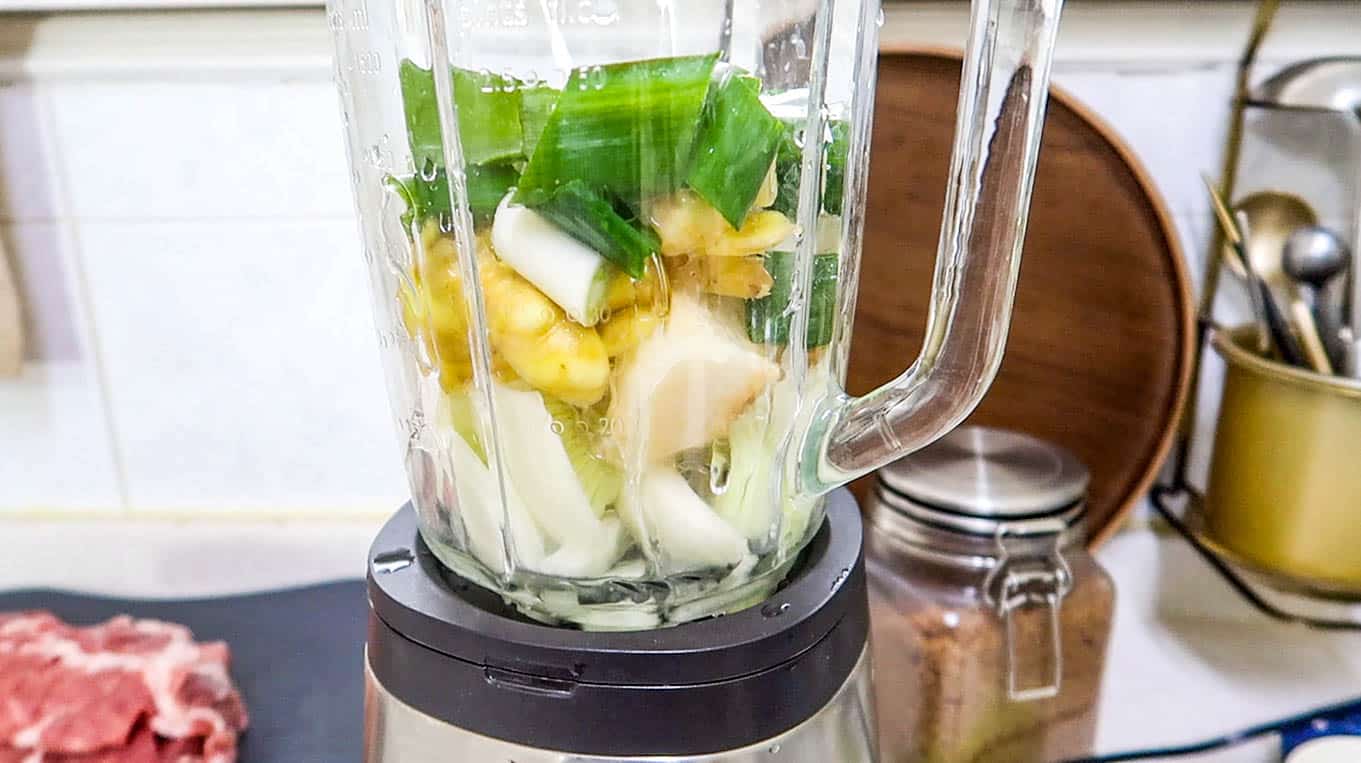 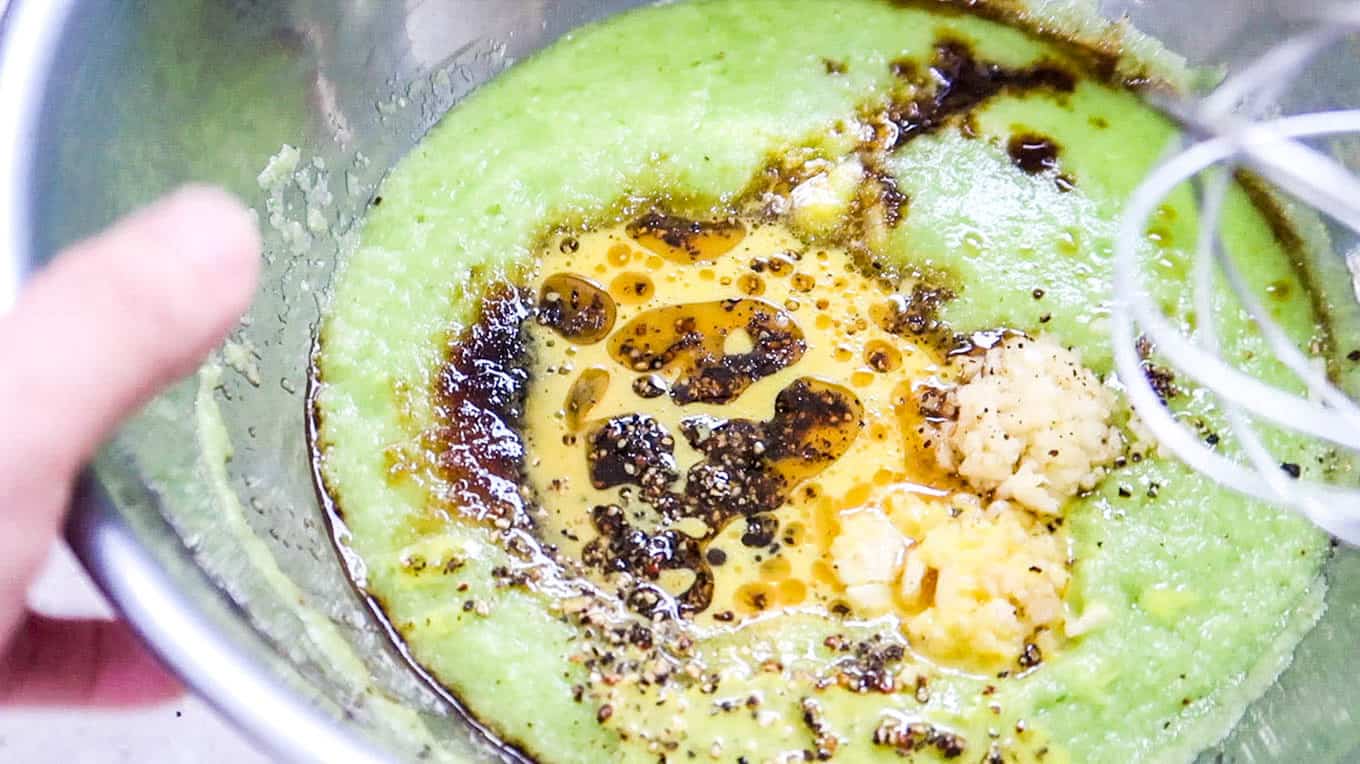 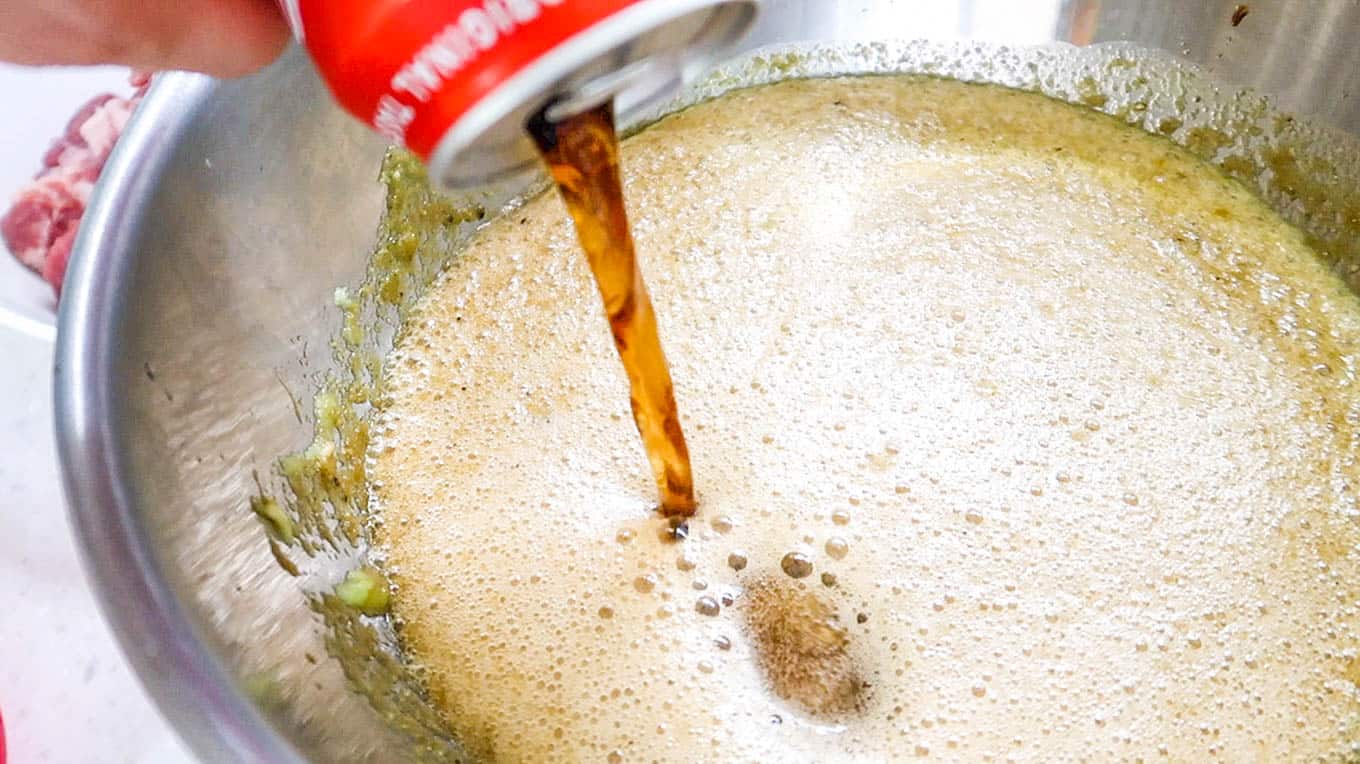 Note: Coca-Cola may seem odd as an ingredient. But it does a fantastic job in tenderizing! I learned it from my mom - as she uses it in her bbq marinades as well.

Make some grooves in the meat so the marinade can seep into the meat. 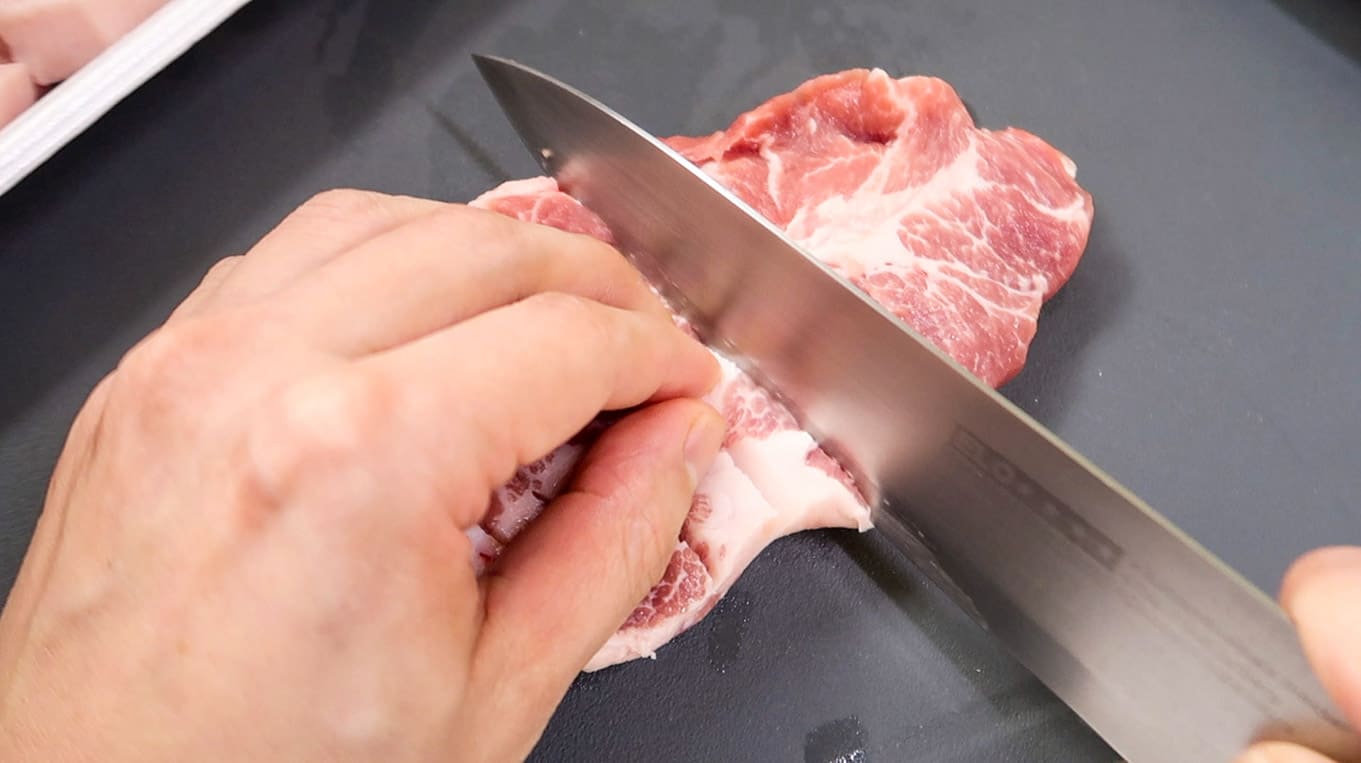 Let the meat marinate in the refrigerator for a minimum of 12 hours. Even better, give it 24 hours! 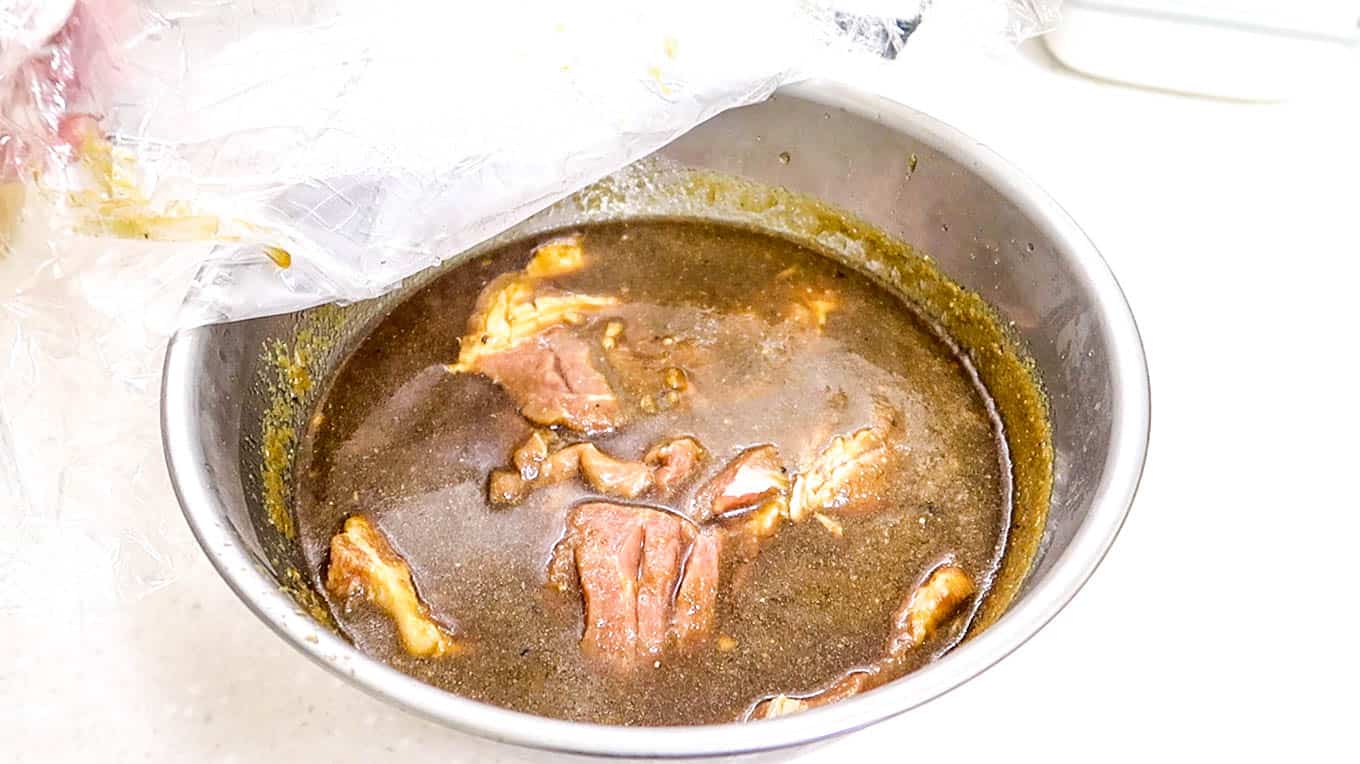 When cooking at home, use a K-BBQ Grill Pan or use any non-stick frying pan. Since we added water to the marinade, it will not burn easily. 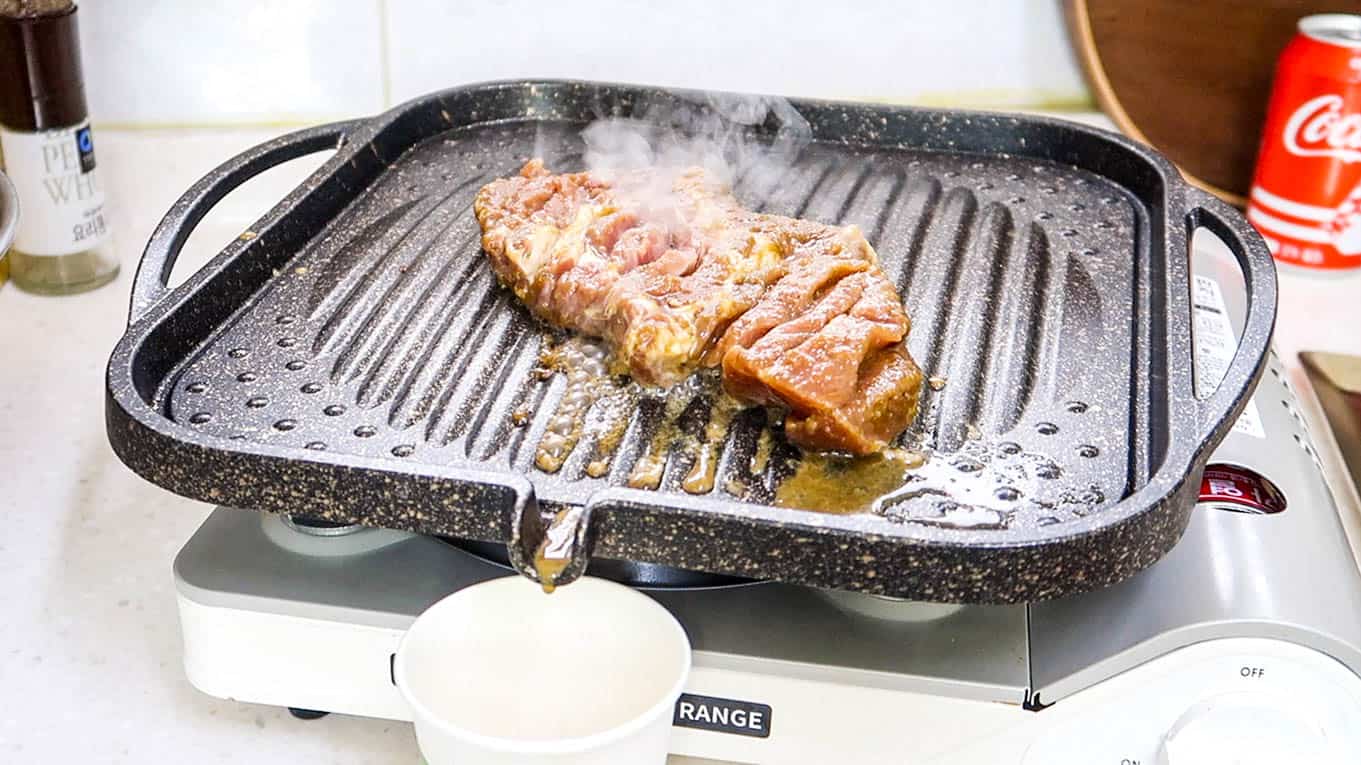 Initially, cook the meat on a medium-high heat. Once the marinade in the pan begins to evaporate – reduce the heat to a medium-low.

Tip: Use a pair of kitchen scissors to cut the pork cuts into smaller bite-sized pieces once its almost done cooking. This way, its easy for your guests to eat. 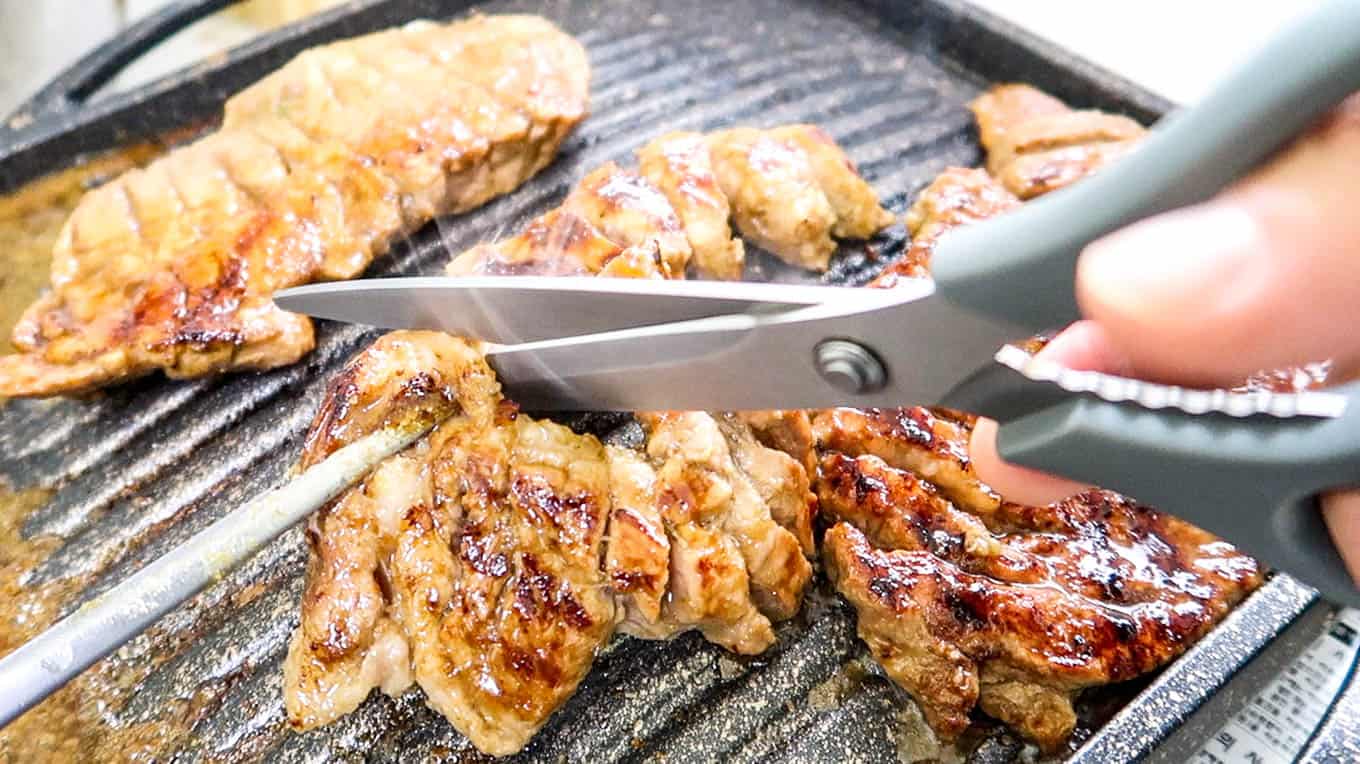 Finally, serve with a bowl of hot rice! As well as some Kimchi or some Jalapeños on the side. A perfect combination! 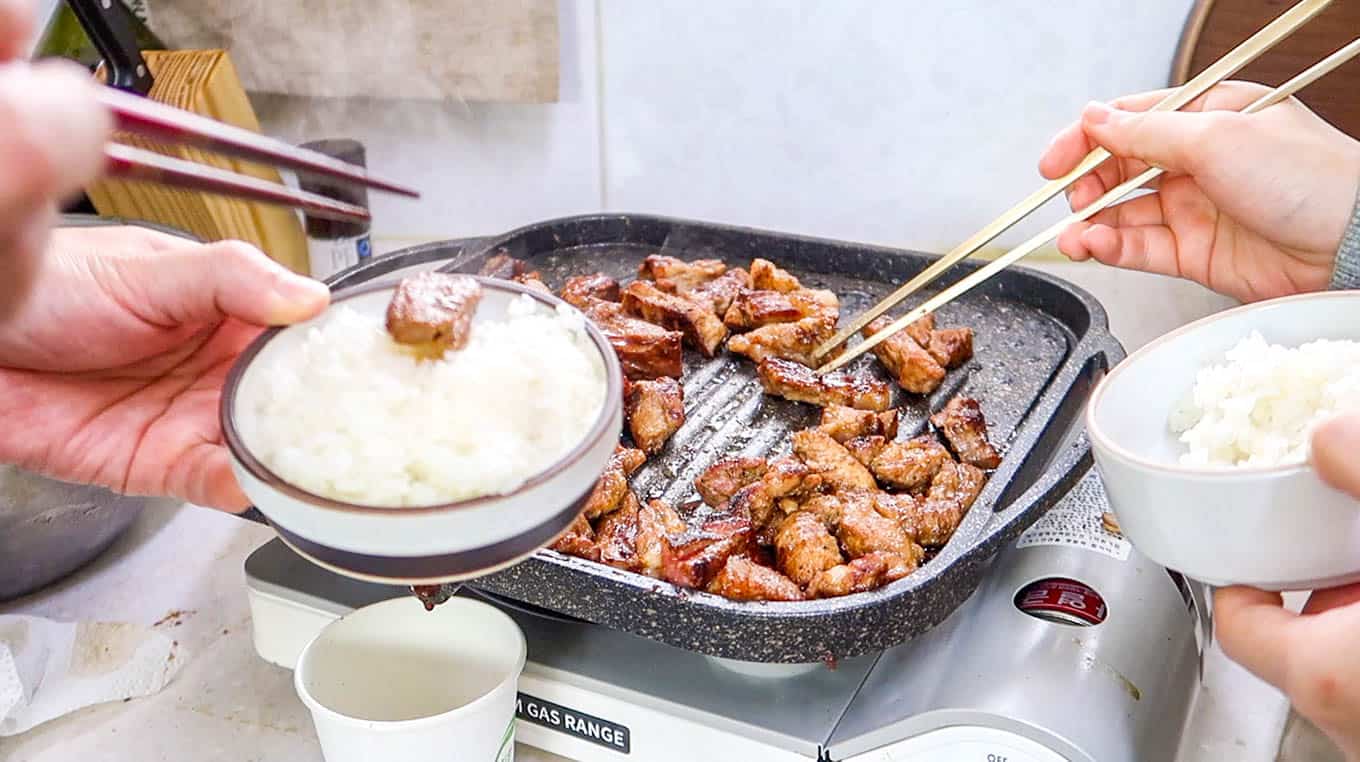 Life doesn’t get any better with food like this! 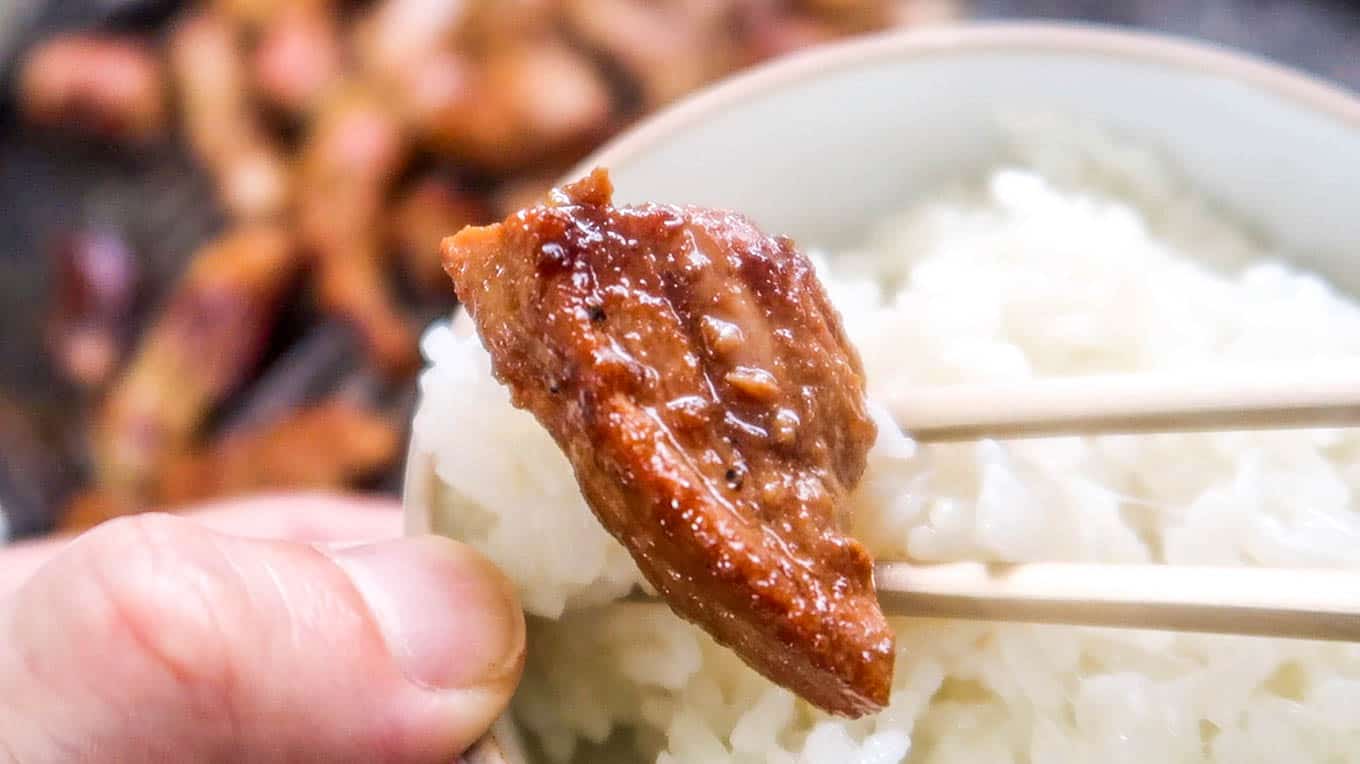 So neighbors, did you give it a shot? What did you think?

If you did, tag us on IG – we love flipping through your pictures in the morning. Makes us very happy! 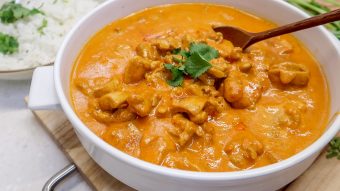 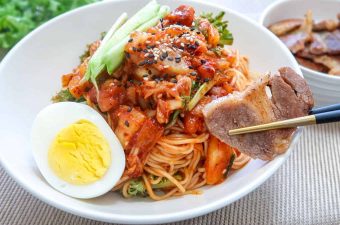 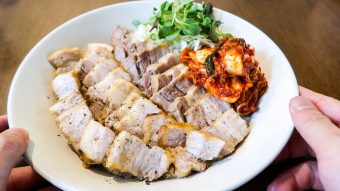 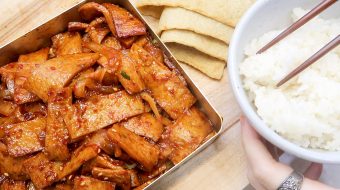