Mom's Japchae Recipe. It's always interesting to see classic dishes made in a different way. My mom - as you probably know is in Seoul now - and she wanted to share a simpler way of making Korean Japchae. All it takes is 20 minutes for amazing homecooked flavor. In this recipe, she skips many of the prep steps that eat up alot of time. I'm amazed by her depth of knowledge with Korean cooking! If you've crave Japchae noodles from time-to-time, but are wary about the time it takes - try out this simple recipe! 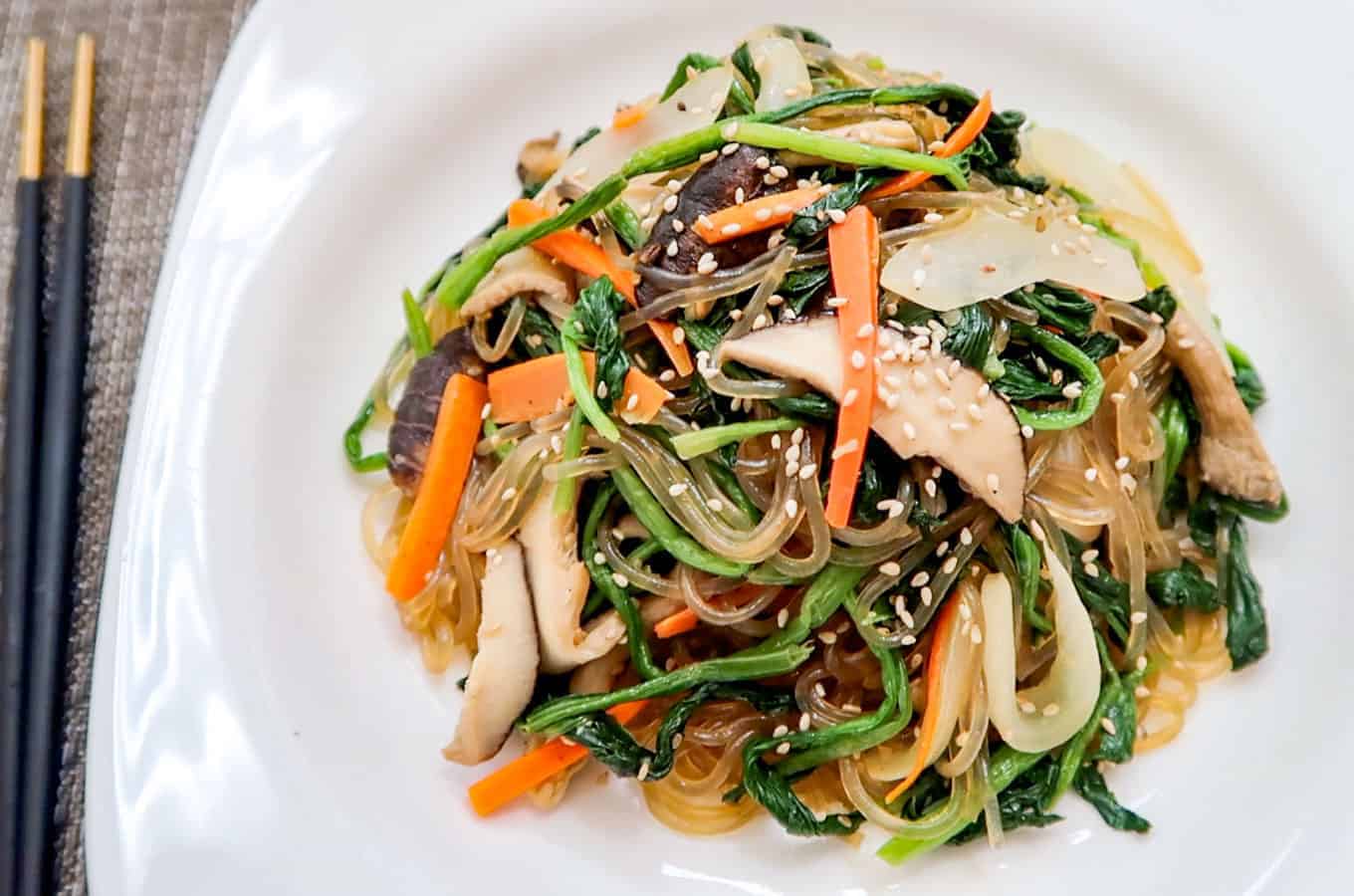 The best part about this recipe is that you don't have to soak your Dangmyeon noodles in water. Normally, this pre-soaking takes a few hours. But we've found that if you hard-boil the noodles for exactly 8 minutes - the result is the same! The noodles turn soft while retaining its chewy and bouncy texture.

Note: We purposely didn't add any meat to this Japchae recipe. But feel free to julienne pieces of beef and pork and add it to yours. 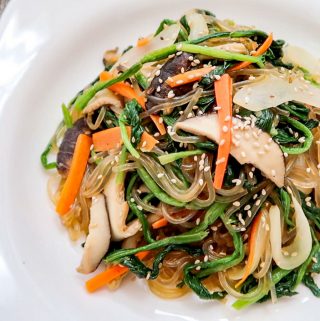 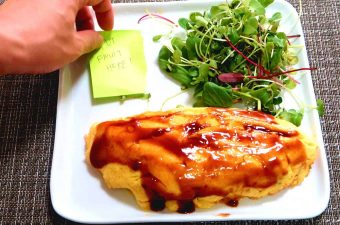 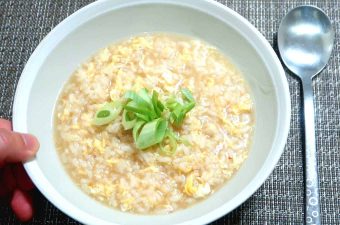 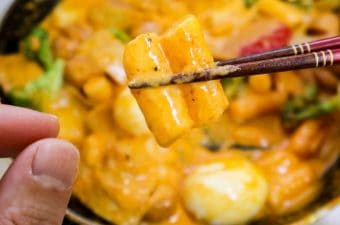 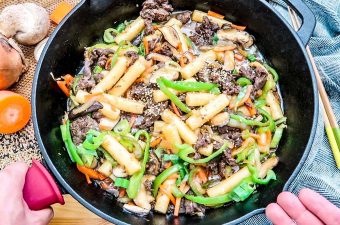 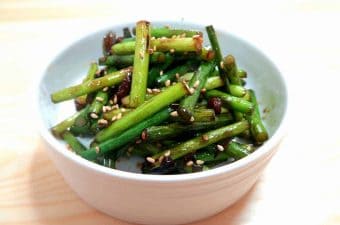