Let me start off by telling you – we’ve had this pasta over 7 times this month.

We love this pasta recipe! It’s soo easy to make, absolutely delicious & light on the stomach. No heavy creams… no butter!

For this pasta, we’ll borrow elements from Korean & Italian cuisine and unapologetically… stir-fry them together!

We’ll use soy sauce to flavor the oil! A little bit of soy sauce goes a long way… especially when mixed with infused olive oil and anchovy filets (more on this later).

It will form a salty, umami-packed base.

Next, we’ll being using Korean spinach as the main ingredient… a special type called Seomcho!

Seomcho is a type of Korean Spinach that is primarily grown in South Jeolla Province (전라남도).

It has a much thicker stem than Common Korean Spinach or Western Spinach.

When stir-fried, Seomcho does not wilt down as much – making the dish look very appetizing!

(Note: Seomcho will be hard to find if you don’t have access to a large Korean supermarket. This recipe works just fine with Regular Korean Spinach or Western spinach… but both will shrivel up more… the taste will still be great!)

It’s actually recent since Seomcho started to be farmed at commercial scale – started in 1996.

So many Koreans are not too familiar with this regional Spinach.

But the taste of Seomcho is wonderful! A foodie’s dream.

The leaves are packed with nutrition and it even has a slight, natural sweetness to them.

If you ever see them at the Korean market, grab a bundle!

This is an oil-based pasta. And we’ll infuse our olive oil with a (generous) amount of garlic & pepperoncino.

Anchovy filets have a salty funkiness – which add complexity to our oil sauce, another layer of umami!

Note: I want to let you know the anchovies filets get completely dissolved once it gets stir-fried into the heat. You won’t see it!

We don’t want to stir-fry the spinach for too long – as they will continue to wilt down in the heat.

Don’t forget to add those 3 pinches of salt at the end – it will get the oil sauce tasting just right!

Finally – this may be the one time you hear this – but do NOT add cheese to this pasta!

It tends to overpower the nuanced salty, umami flavor of the simple ingredients. 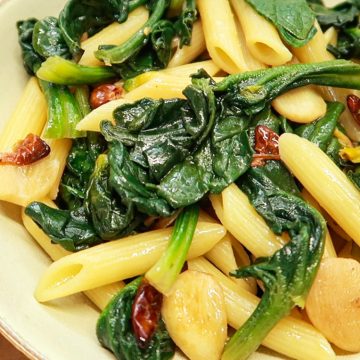 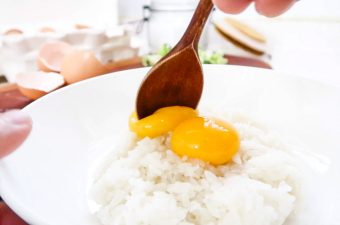 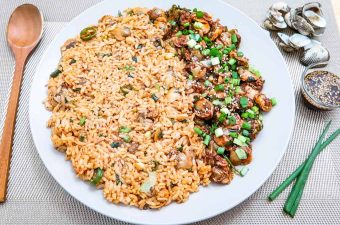 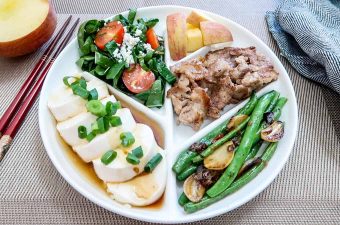 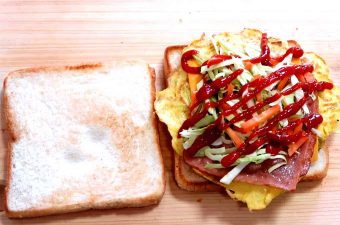 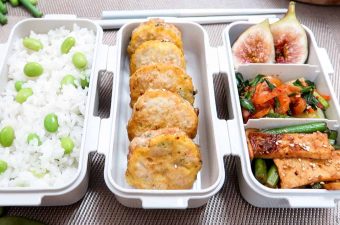