Korean Spicy Beef & Radish Soup. It's one of my Top-3 favorite Korean stew! The original version is actually more popular throughout Korea. But in Gyeonsang-do province, they add-in a few scoops of Gochugaru as well as handful of soybean sprouts and mushrooms. The result is a wholesome stew that is packed with protein, flavor and a deeply-satisfying broth! In Gyeonsang-do, this stew is served at hole-in-the-wall restaurants as a hangover remedy. But tonight, we'll make at home. Ya'll ready for this killer recipe?! 😛 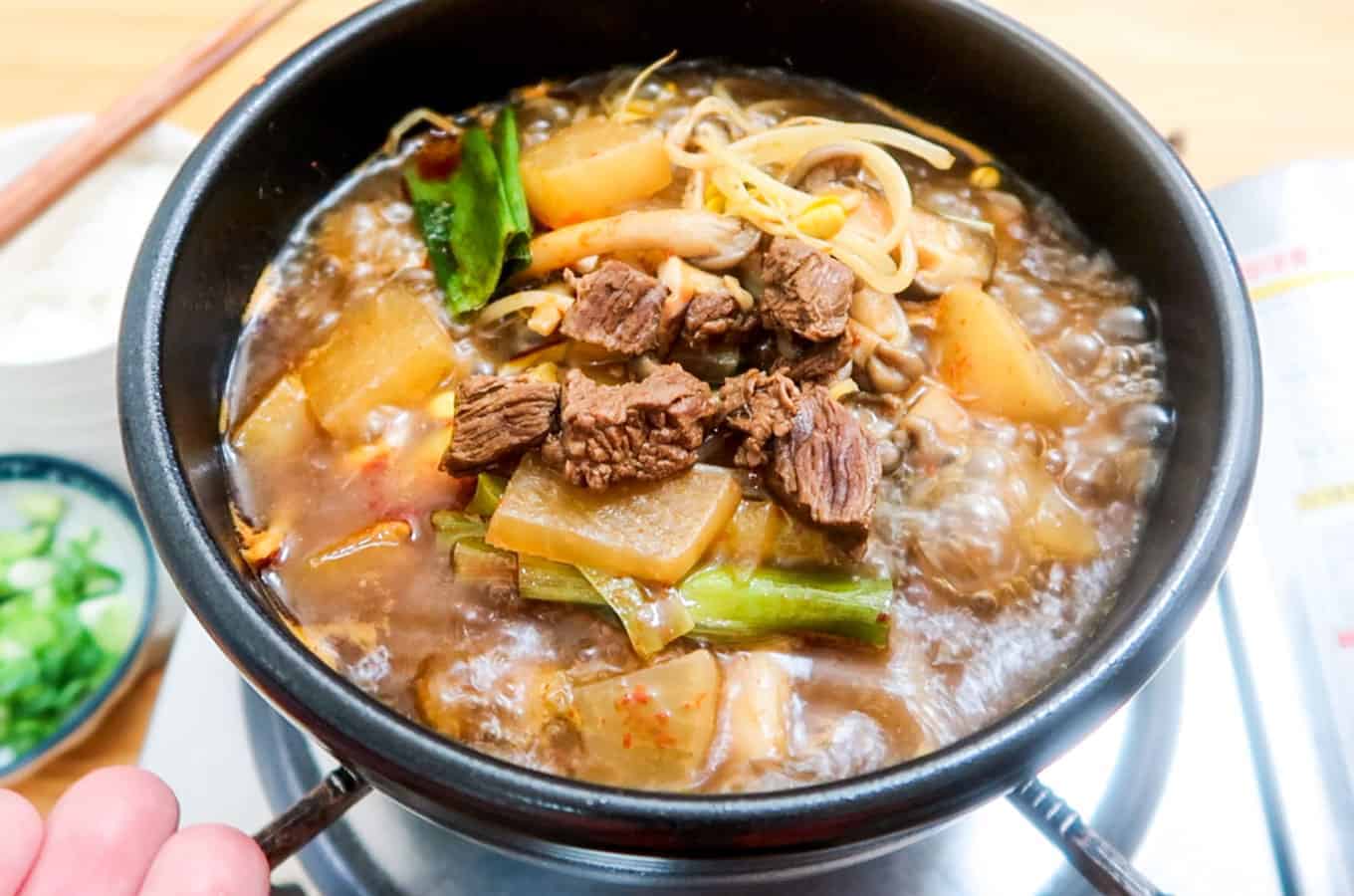 There are 4 key steps in building deep-flavor:

This will create enough soup for 4-5 people! You can leave the leftover soup on the stove overnight and re-heat the next morning. It's tastes best when  eaten alongside a bowl of hot rice.

If you want to serve it extra-hot, consider getting a Ttukbaegi Serving Bowl (as shown in the video). 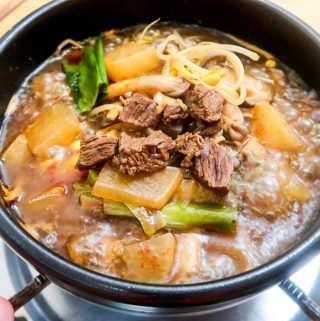 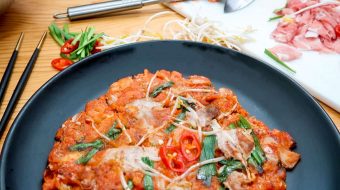 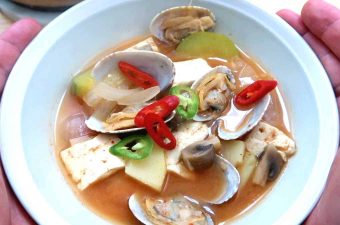 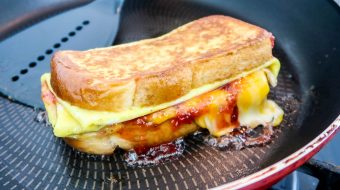 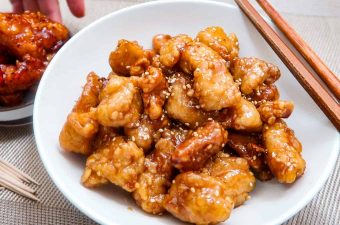