Yes, you’ve had soba at a Japanese restaurant before. It’s typically served cold – alongside a cup of dashi soy broth.

Personally, I order soba when I need something light. Like when you’re on a diet but need a little something to fill that stomach.

Today, we’ve got a Korean twist on the classic Japanese soba noodles. 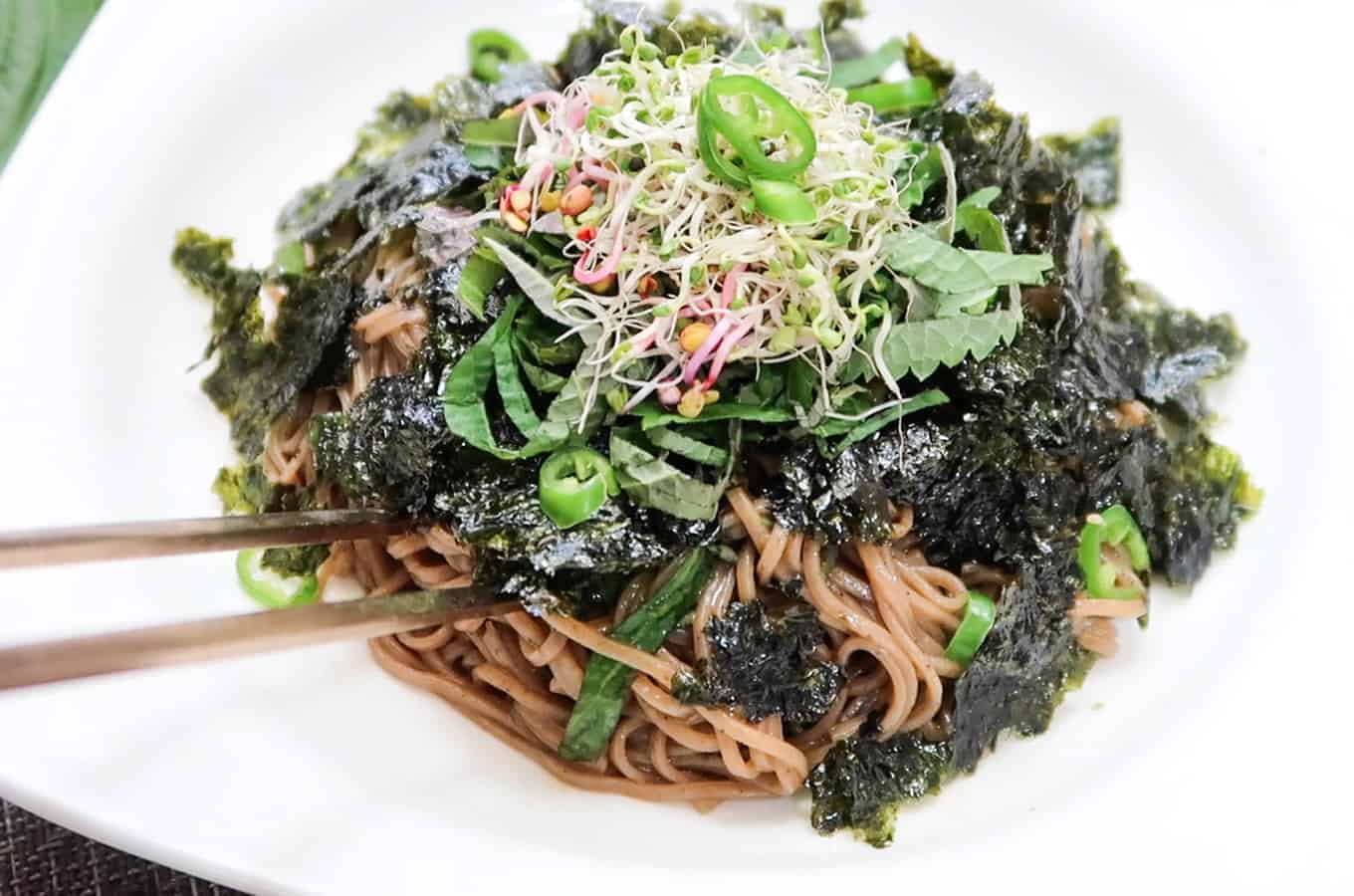 But before we dive into our Perilla Soba recipe – let’s learn a few things about these noodles.

Soba is the Japanese word for buckwheat. In Korea, we call it Memil (매밀).

Soba noodles is made from buckwheat flour which by itself is gluten-free – and contrary to its name – unrelated to wheat.

Traditional soba noodles are made just buckwheat flour and water. 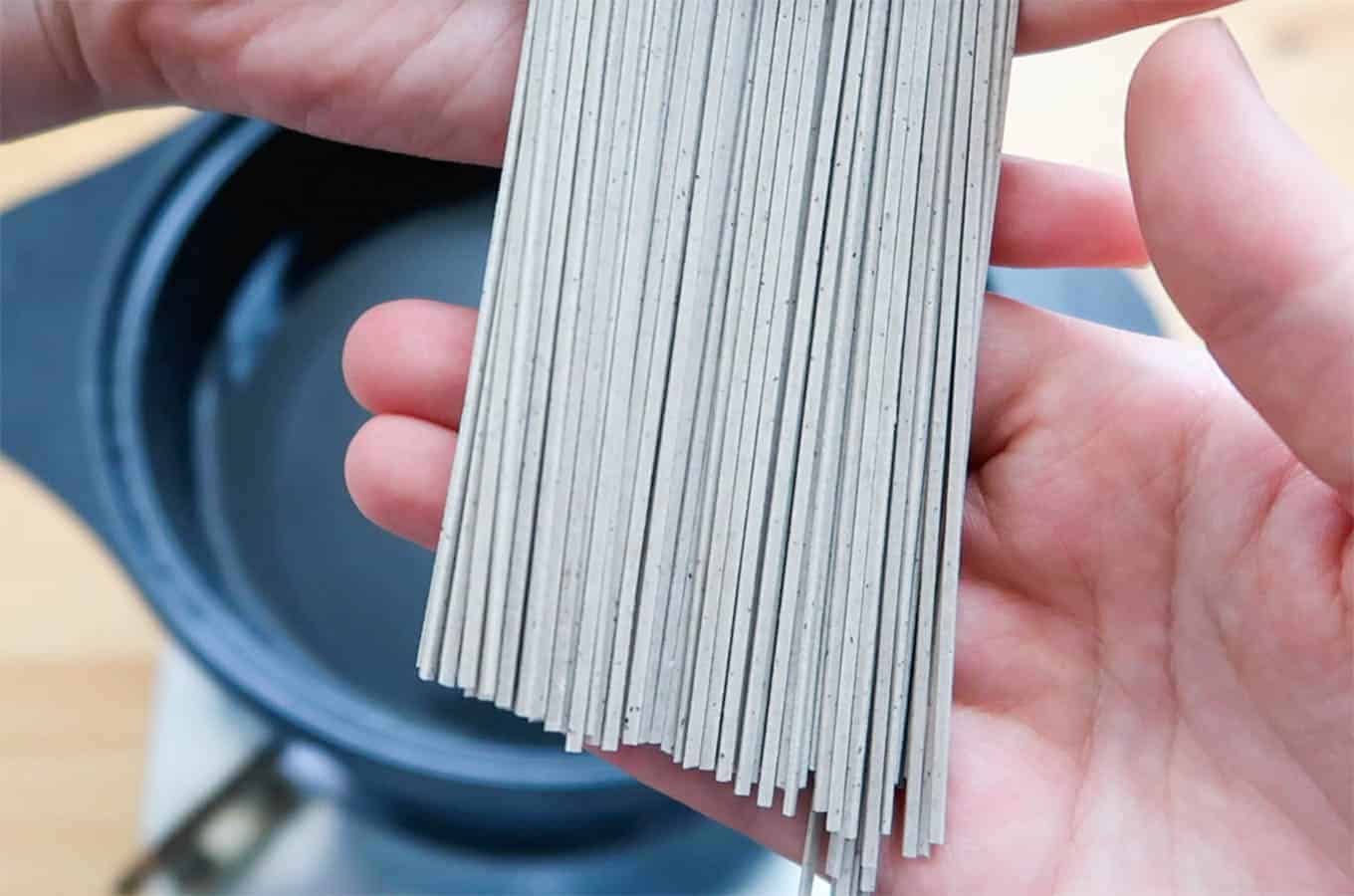 But many brands you see on store shelves mix in wheat flour.

They add wheat flour to add gluten - which makes the noodles more durable and less expensive to produce.

Buying check: If you’re sensitive to gluten, make sure to review the ingredients list for "wheat flour".

There are also cheaper soba noodles which contain very little buckwheat flour - filled with flavorings, salt and other additives. Stay away from those.

To get exact nutrition value, you should check the package label.

But in general, a serving of 100% buckwheat noodles has similar nutrition to whole-wheat spaghetti, but with much higher protein quality.

Take a look at the chart below. 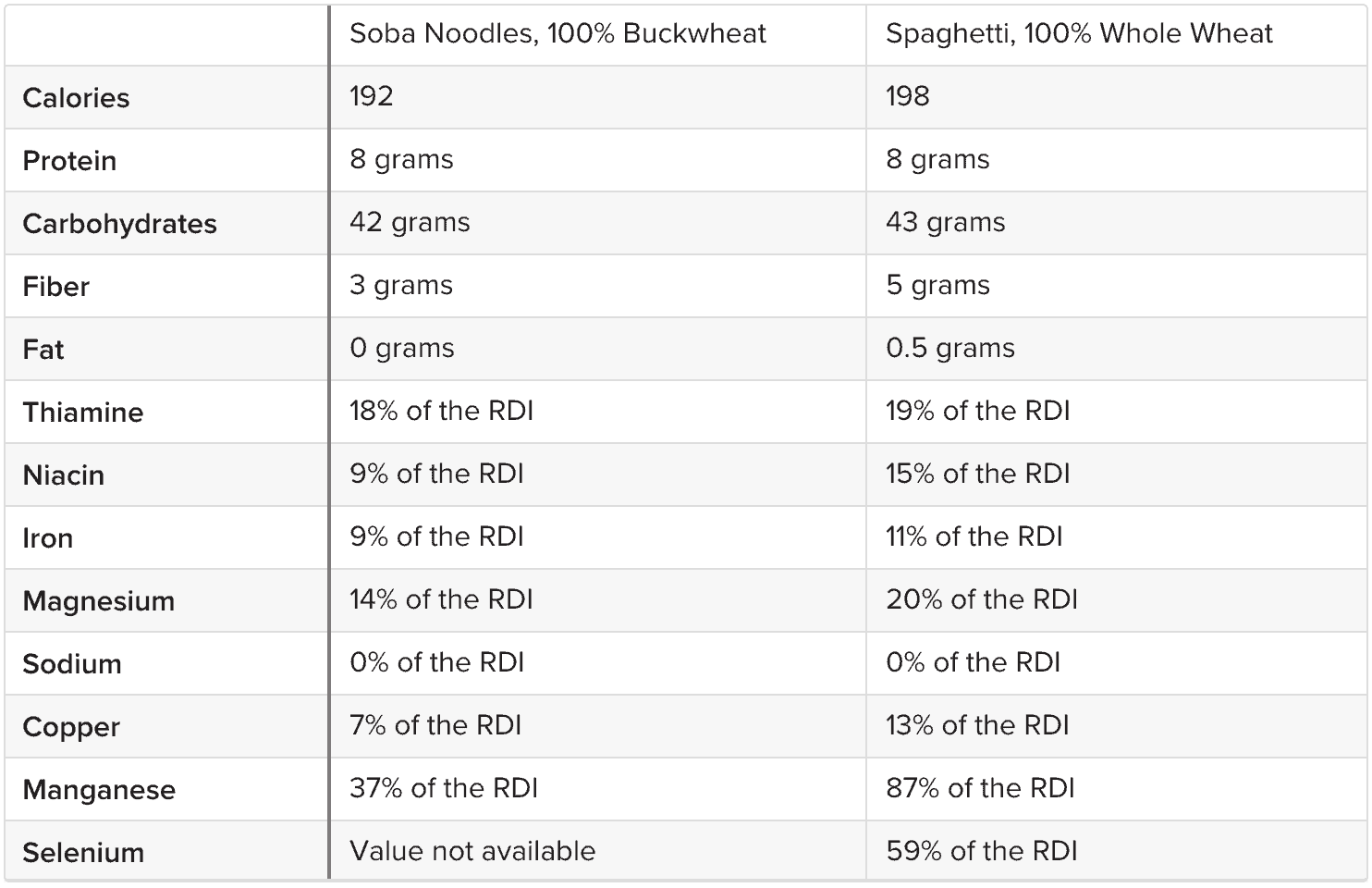 You can see that the nutritional value matches closely.

However, it’s worth noting that the protein quality of the buckwheat used to make soba noodles is much higher than wheat. This means that your body can breakdown and use buckwheat protein much more effectively.

Because of the higher quality protein, it’s especially good for people who are pursuing diets that exclude animal meat (vegetarians, vegans)

When boiling the noodles, if the pot starts to boil-up with foam... add-in a dash of cold water to make the foam go back down.

If you don’t have fresh perilla leaves, substitute it with green salad mix. 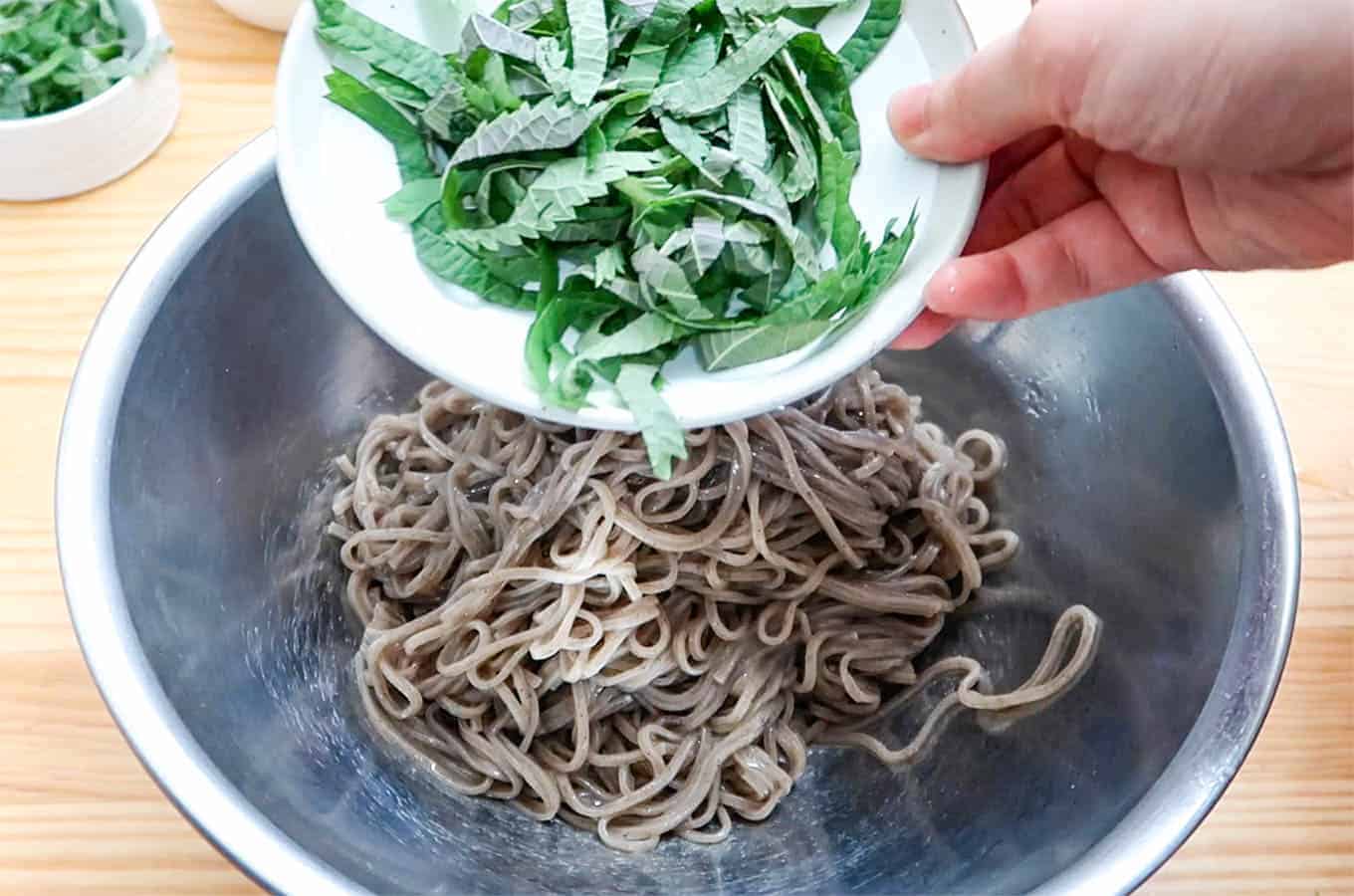 You can use either toasted or untoasted perilla oil – we've tried both!

Untoasted perilla oil simply means that the perilla seeds were not toasted before pressing into oil. 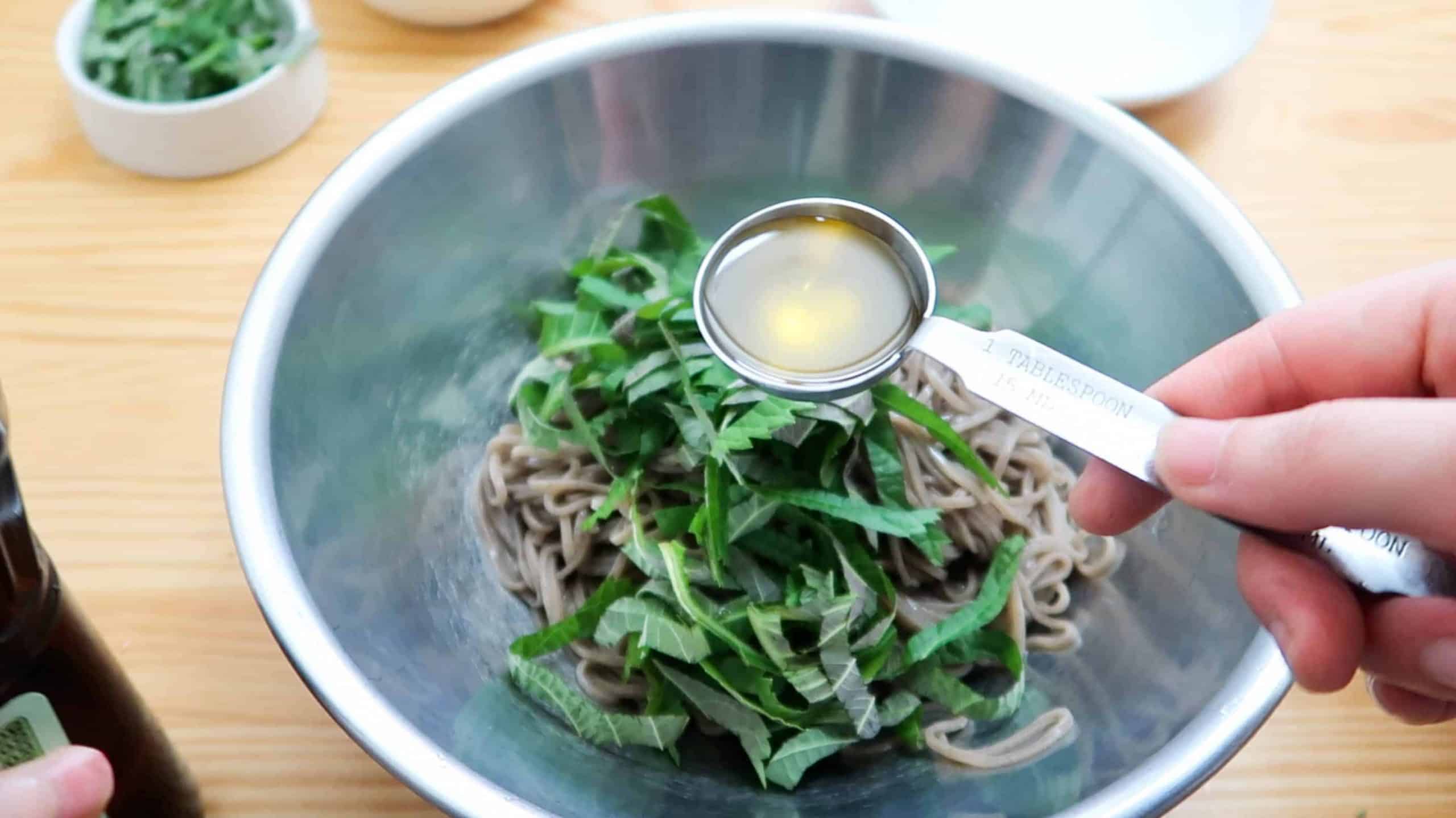 Since the seeds are not subject to heat, the seeds retain all of their original nutrition. However, the oil will lack that deep, nutty flavor – much more of an airy and light flavor.

If you want to try either type of perilla oil, click here. We have sourced some of Korea's most premium perilla oils. 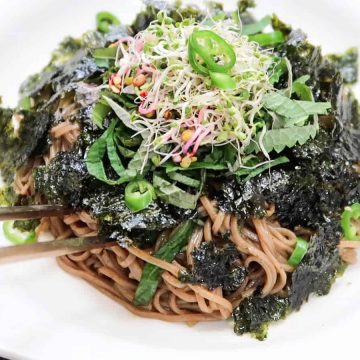 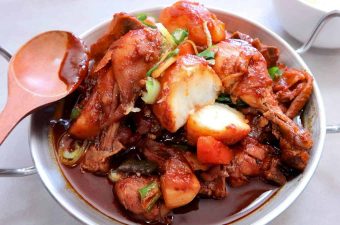 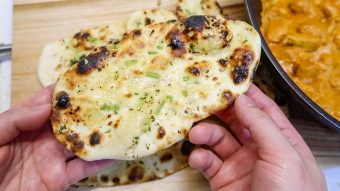 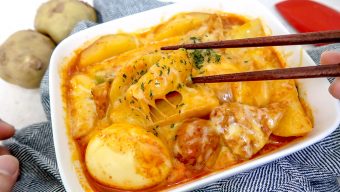 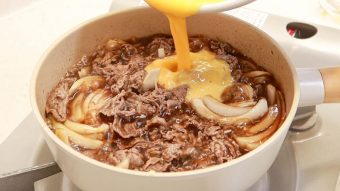 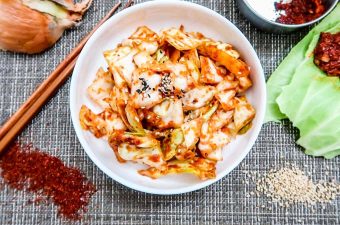