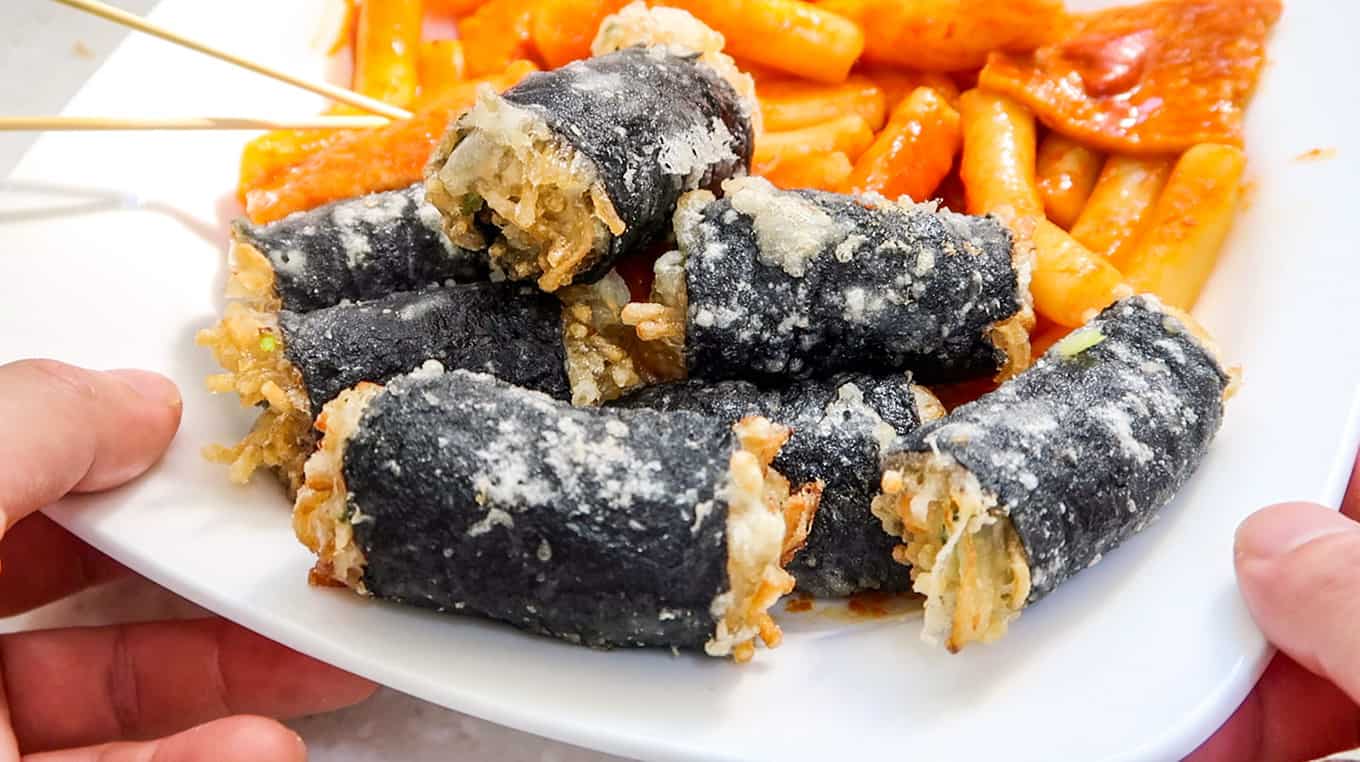 You’ll find these savory treats being served at Tteokkbokki Street stalls throughout Korea. When eating Tteokbokki, many people will order a side plate of Twigim (the Korean word for Tempura). 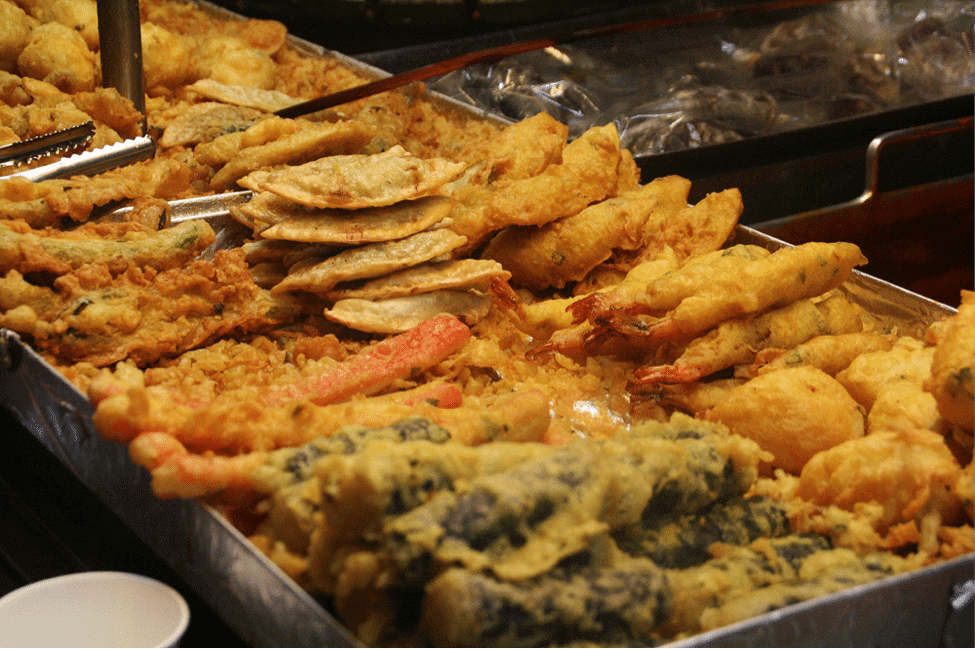 The most popular types of Twigim are Shrimp, Squid, Fried Vegetable and Gimmari.

Gimmari has a crispy coating with a chewy interior – it has a light bounce to them. 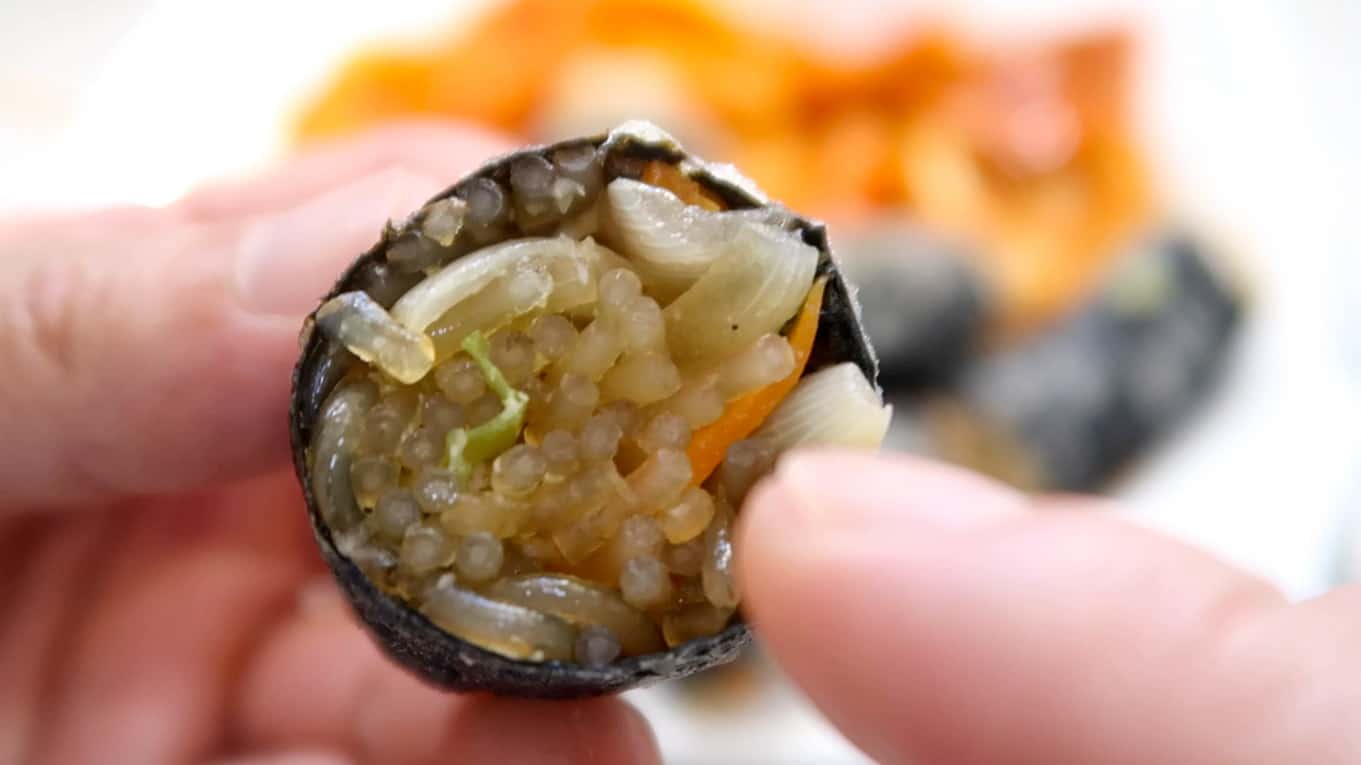 The seaweed sheets are stuffed with Dangmyeon Noodles (Korean Glass Noodles) that have been lightly seasoned in Soy Sauce, Sugar and Sesame Oil. The stuffing is essentially a very simple Japchae. 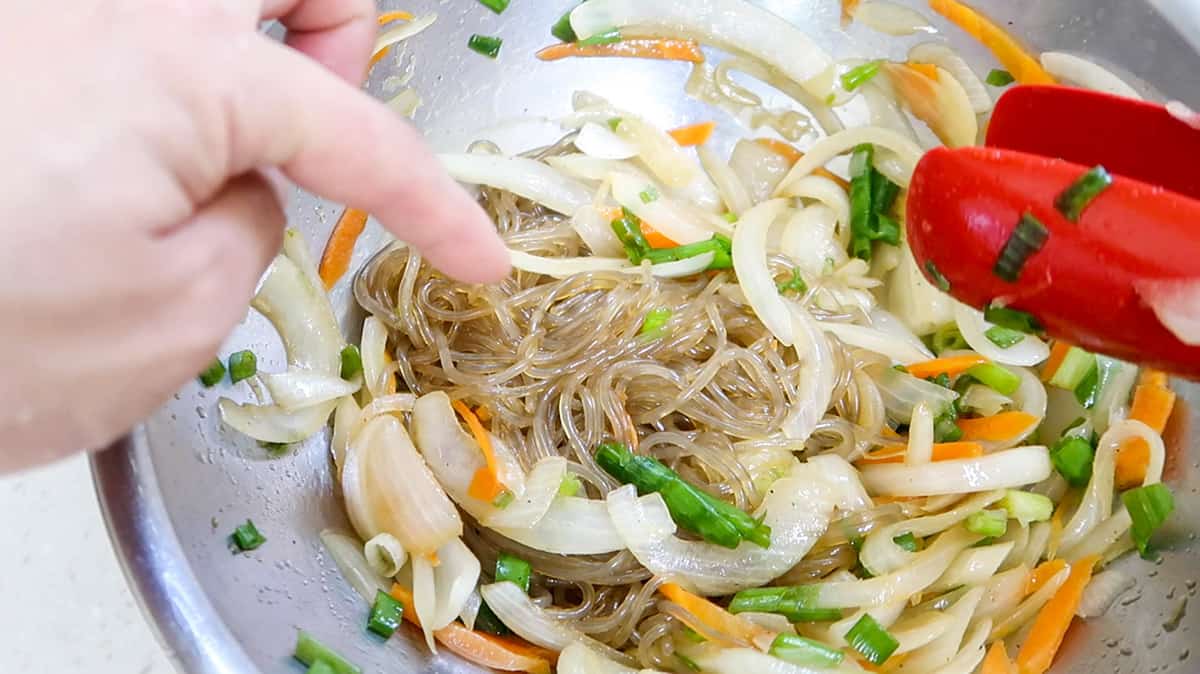 If you try the Gimmari made by street vendors, you’ll see that the stuff is entirely Dangmyeyon Noodles. But for our homecooking recipe, let’s throw in some onions for flavor and carrots for color.

Gimmari is great for soaking up leftover sauce. You can dab it across the bottom of your Tteokbokki plate and enjoy that spicy, sweet and savory flavor. 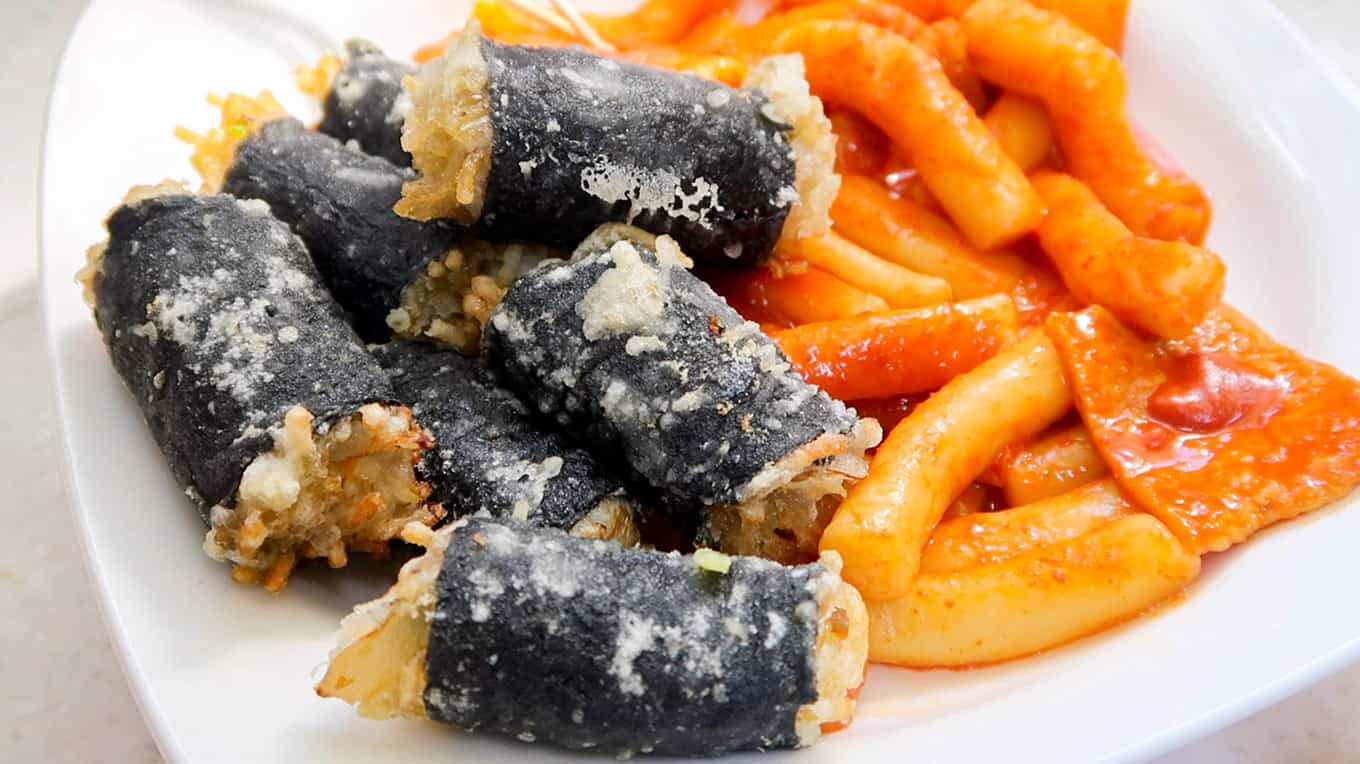 Typically, Dangmyeon noodles are supposed to be pre-soaked in cold water to make them cook through quicker and evenly.

However, you can skip this pre-soaking and achieve the same results by hard boiling them for 7 minutes. Makes sure to add the noodles once the pot comes to a roaring boil! 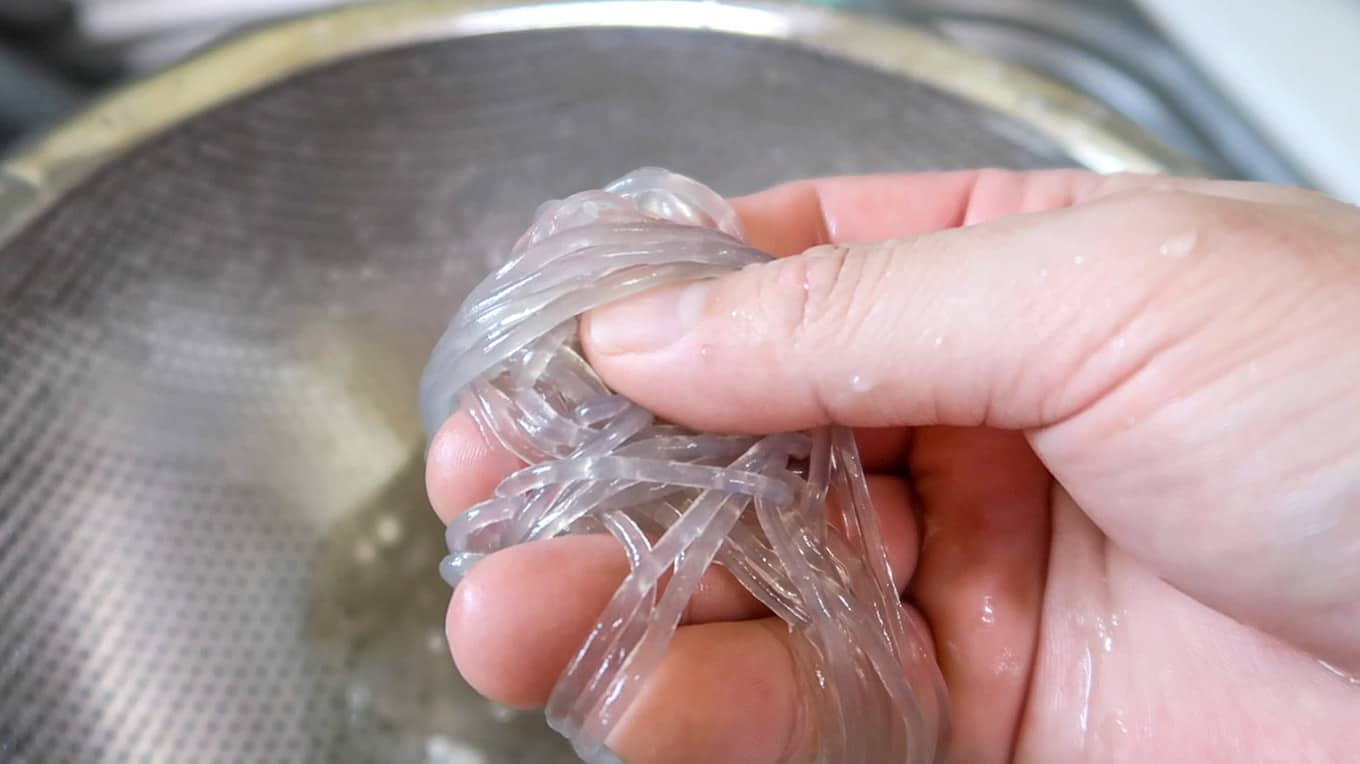 After boiling and rinsing the noodles, make sure to give a good shake to get rid of excess moisture – you can let it sit in a strainer for 5-10 minutes for best results.

For this recipe, you want to get seaweed sheets that are not seasoned with salt or covered in oil. At Korean supermarkets, you can ask for Kimbap Seaweed Sheets (or show them this text 김밥용 김). 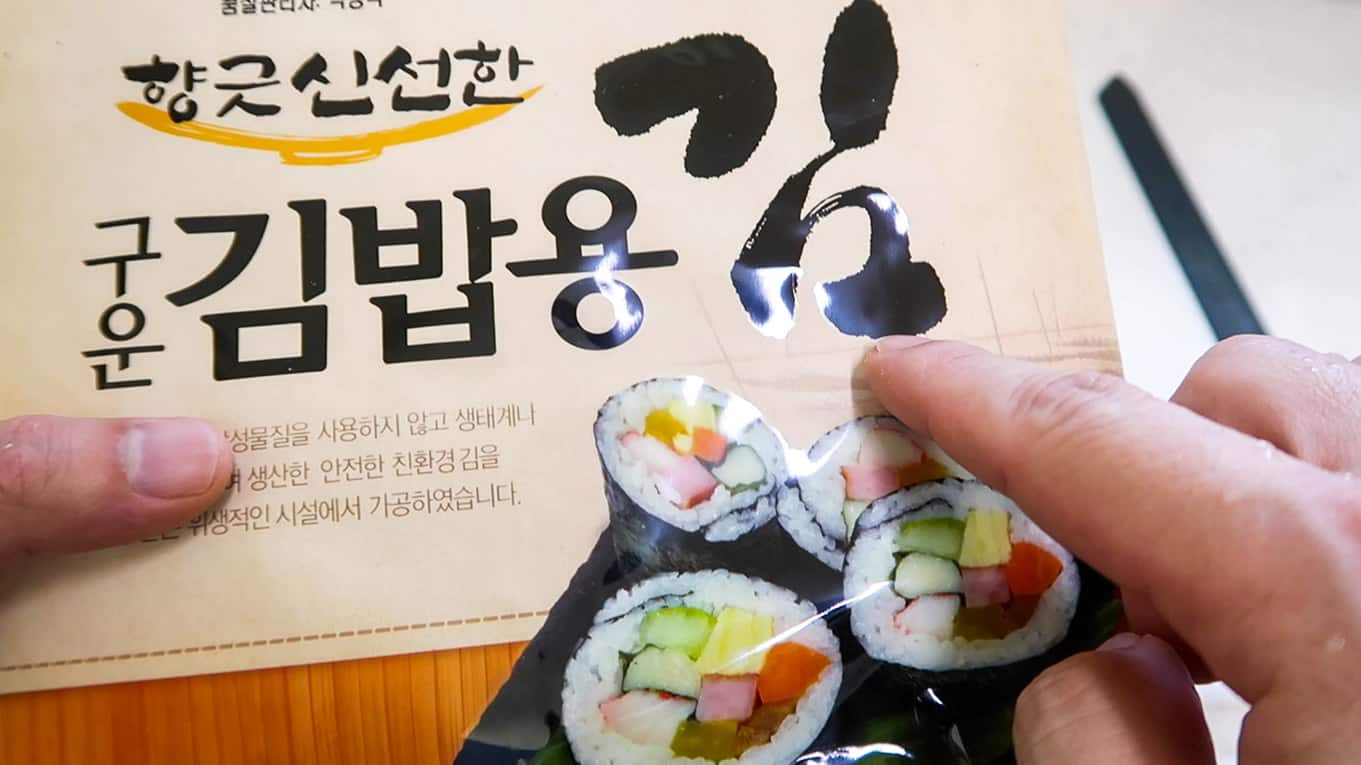 The tricky part about this recipe is rolling the sheets. 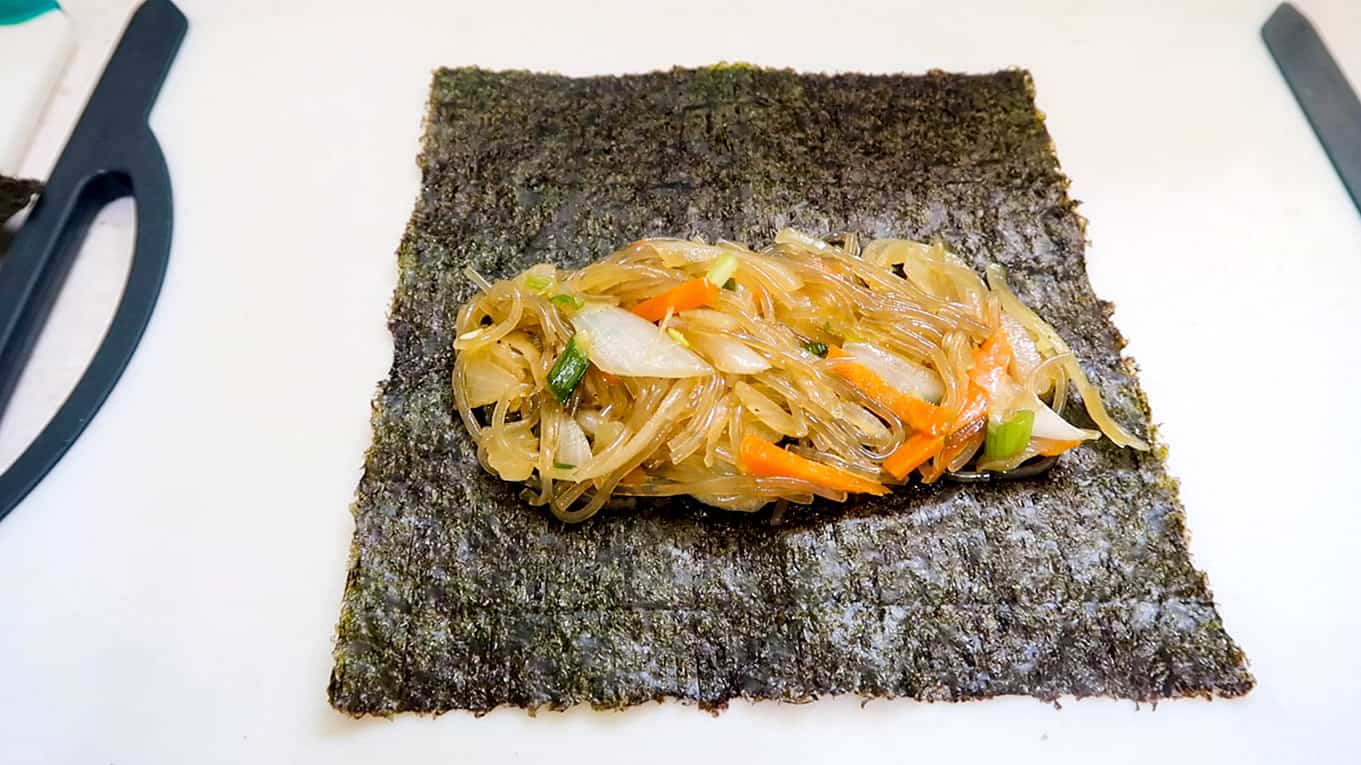 I would recommend using a whole sheet of seaweed (as opposed to cutting them into smaller pieces first), rolling it, and then cutting it into 3 smaller sections with a pair of scissors.

After you roll the sheets, you’ll see that the seaweed turns slightly soft, wrinkly and slightly mushy. That’s because it soaks in the the moisture from the noodles. But that’s ok! The texture actually makes the roll easier to cut.

Make sure to dab your finger in some water and run it across the edge to make a seal. 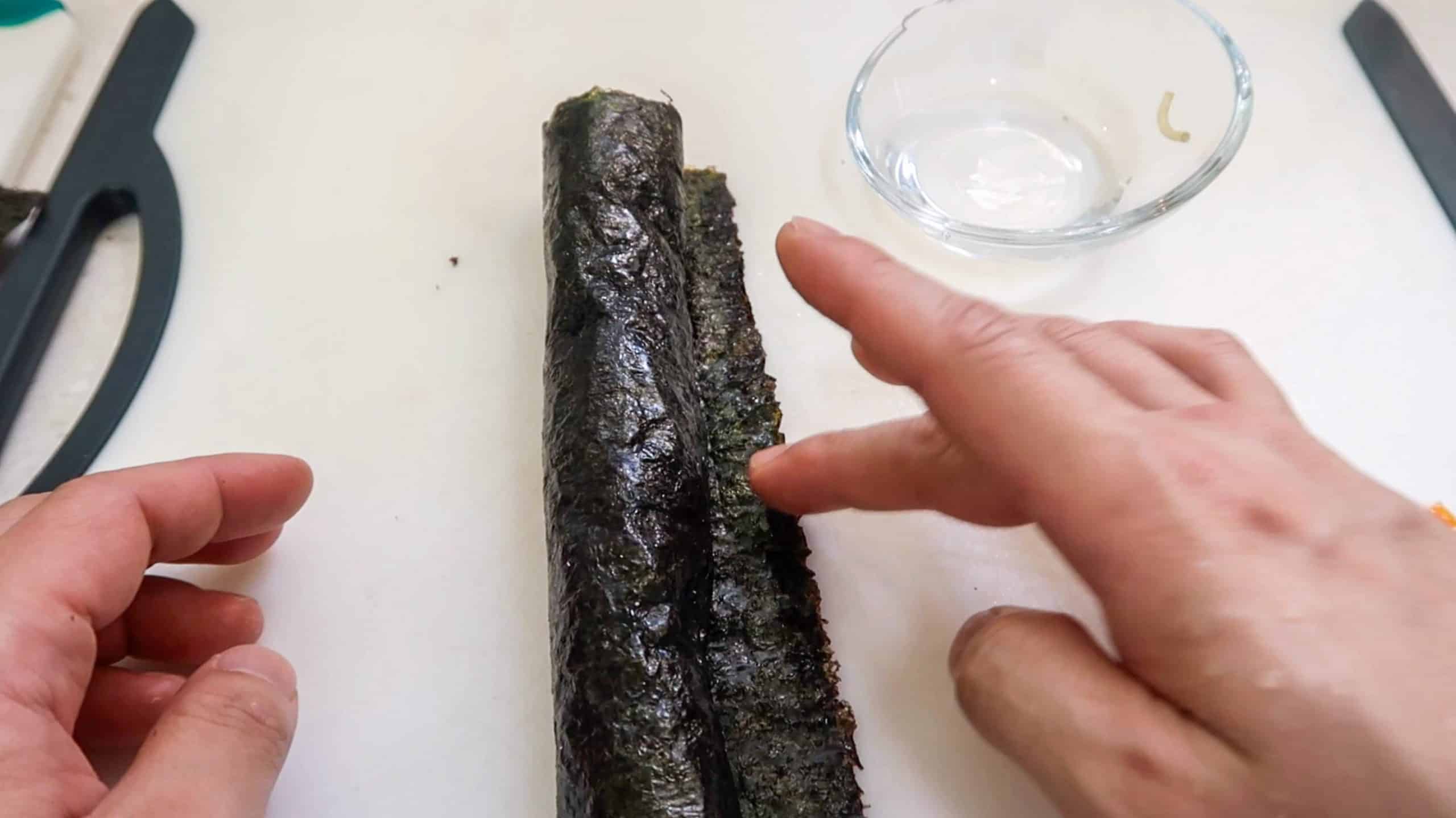 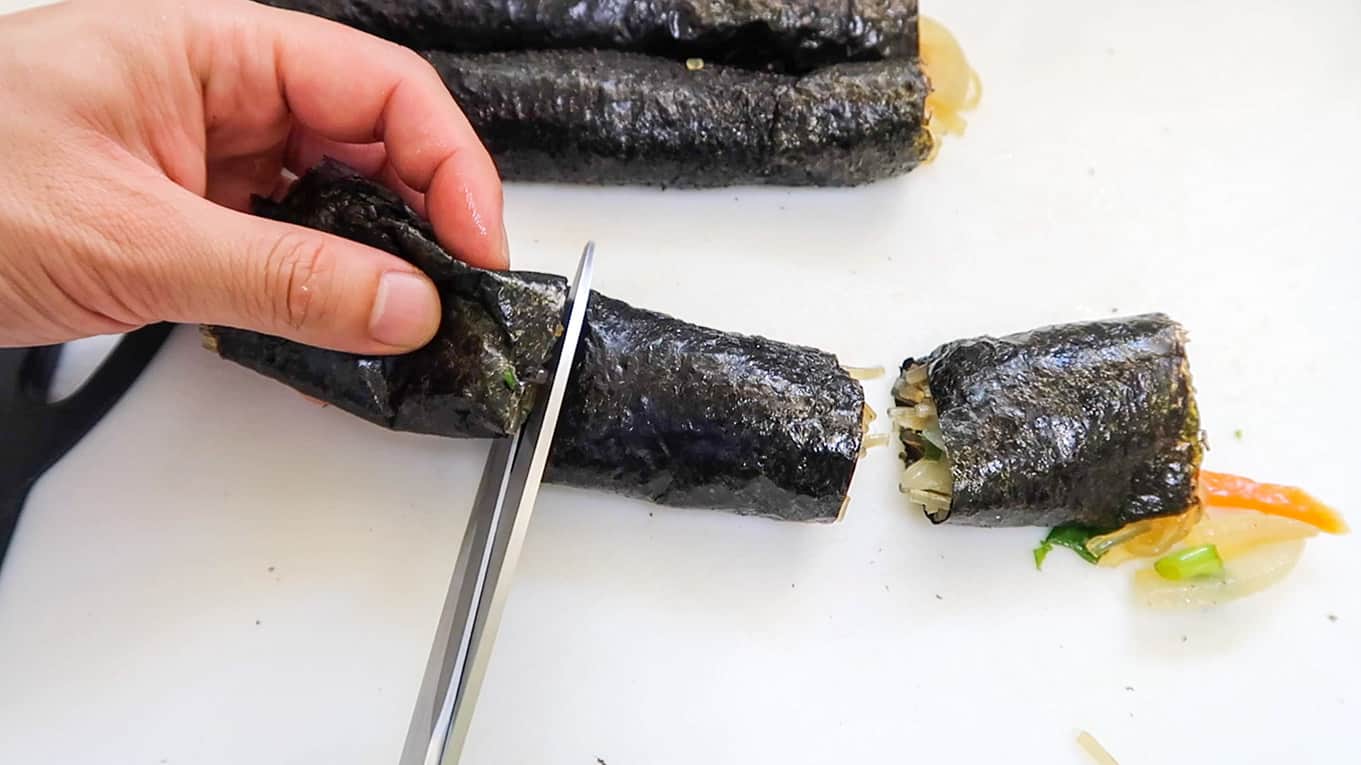 When coating the rolls in the Tempura mix, makes sure to use your fingers and hold it at both ends – this will keep the ingredients from falling out of the sides. 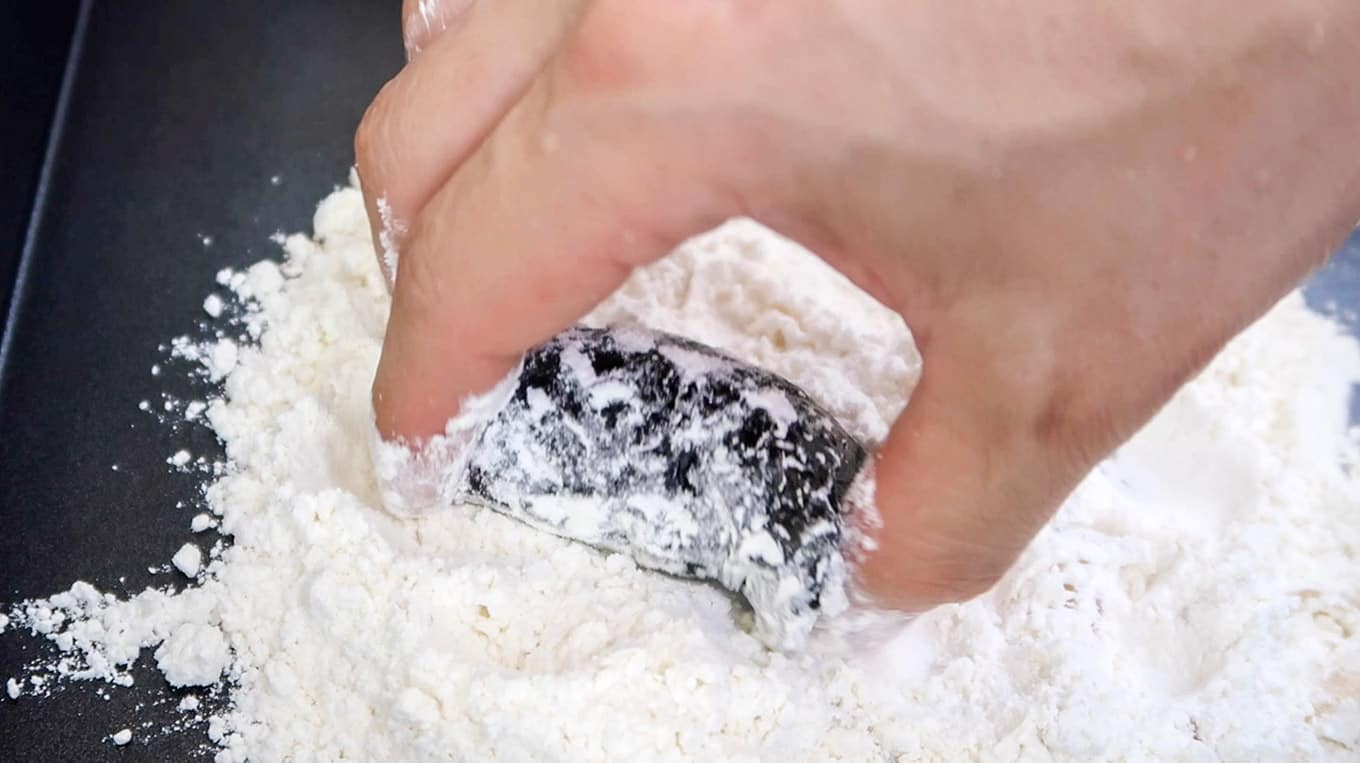 If you have some noodles that are hanging out of the sides, you can use a knife to trim it off – it will make the rolls looks cleaner. But I like this rugged look! 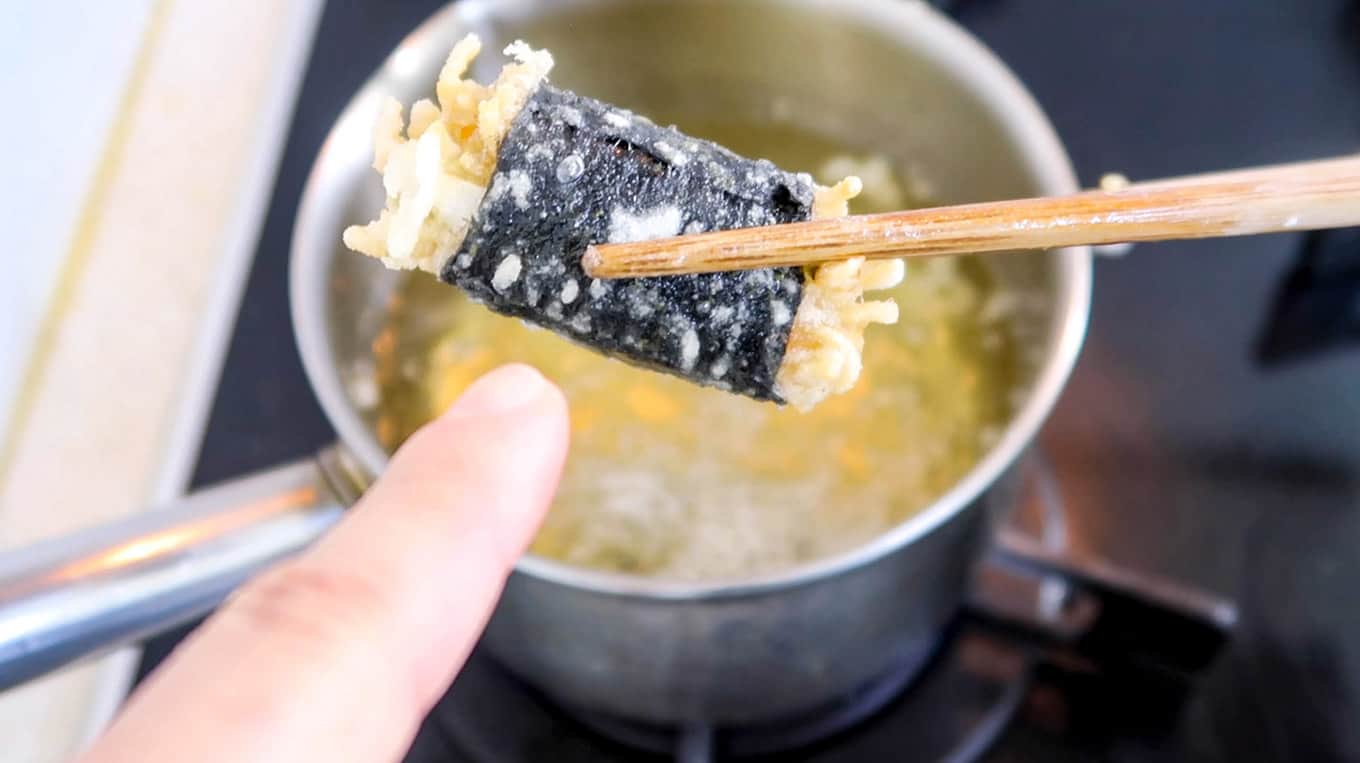 If you give it a try at home, send us a pic on IG! We love to see pics of your dishes. 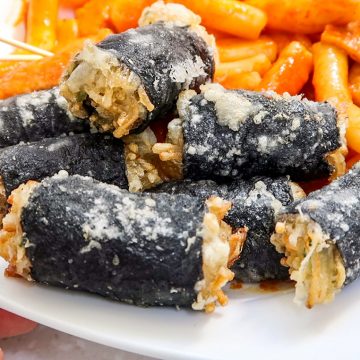 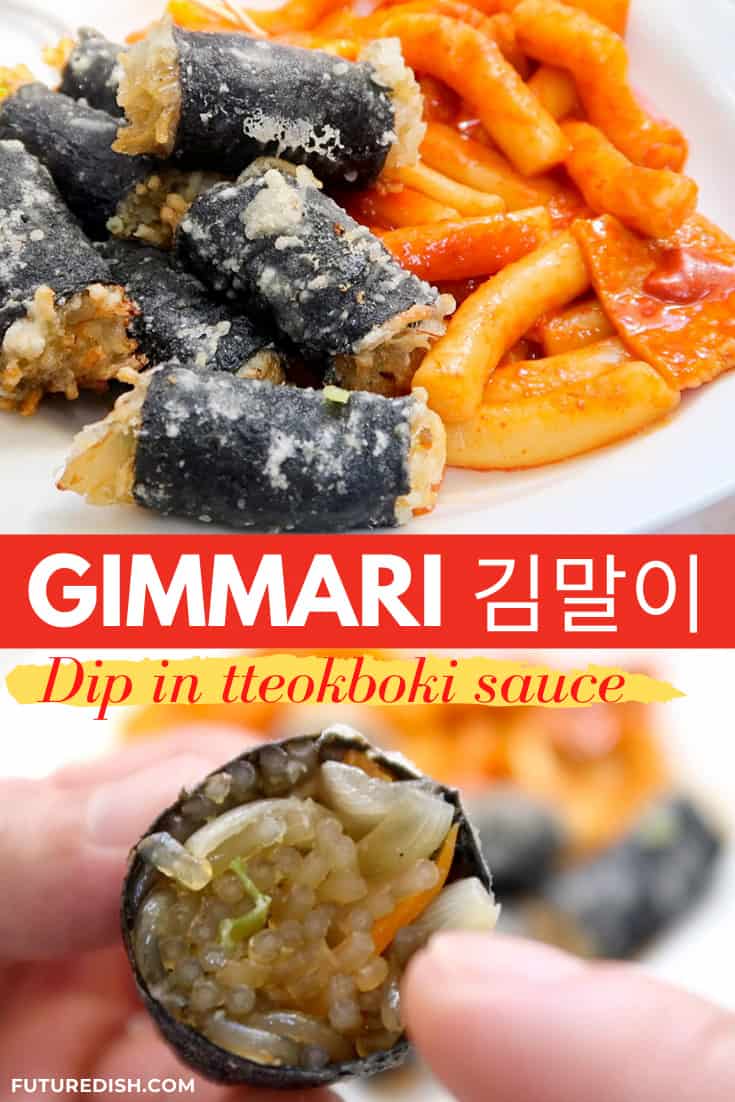 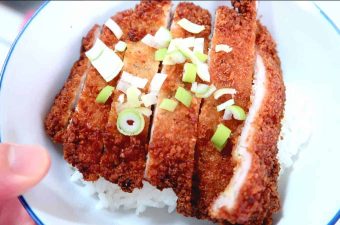 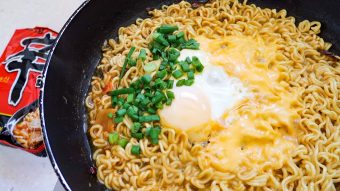 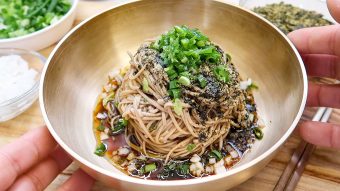 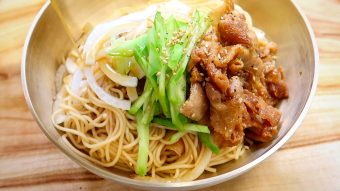 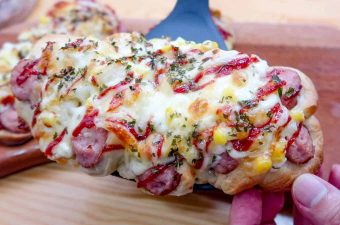