Most Koreans have a soft-spot for fishcake.

At pojang machas, the unwritten rule (know-how?)... is that the fishcake broth is free (but self-service).

While the owner is busying prepping your order, you take a paper cup and pour yourself a ladle full of fishcake broth.

It’s salty, savory and packed with umami! Ah... I can taste that salty broth as I write this!

Especially on cold or rainy winter days, holding that warm cup in your hands… it's very comforting!

So it’s hard to re-create that exact flavor without the use of MSG. But I avoid cooking with MSG - especially for homecooking.

We’re going to use 2L (~8.5 cups) of water – this will make plenty of broth, in case you want to cook a packet of udon noodles in the leftover broth.

Use 2 Anchovy-Kelp Broth Packets (not 1) - we want a deep-tasting broth!

Use a mix of fishcakes - the more shapes, the better!

Using Korean radish – known as “mu” (무) in Korean – is a must for the broth. It adds that refreshing flavor.

In the fishcake packages, the manufacturers will often include a small packet of Tsuyu Sauce. It's fine for a 1-person portion, but it won’t be enough for flavoring 2L of broth.

But if want to use it, I would recommend the following ratio for seasoning our 2L of broth: Tsuyu Broth Seasoning (2T) + Korean Anchovy Fish Sauce (2T) + Minced Garlic (1T) + Mirim or Soju (2T)

For our version, we’ll skip those packets and build from scratch:

Start with 2T of Mirin - this will remove any faint fishy flavors or smells in the broth.

(Note: If you don’t have Korean Anchovy Fish Sauce, other fish sauces should be fine.)

After seasoning, give the broth a few minutes to simmer - so the smell from the anchovy fish sauce can cook-off…

It’s best to serve this eomuk stew in hot-pot.

Place in the middle of your dining table, on a small gas burner and let it gently simmer away

Finally, if the broth reduces too much and tastes overly salty, simply add in a few dashes of water!

Alright ya’ll – grab some soju (or makgeolli) from the refrigerator and have a nice dinner with a partner or loved one! 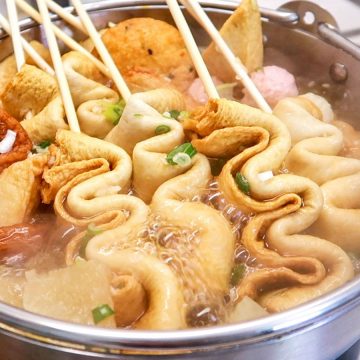 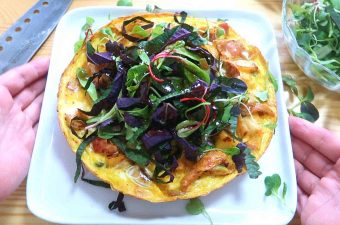 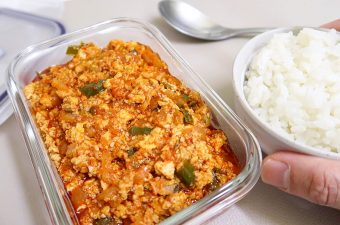 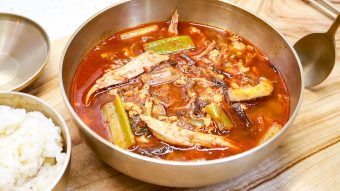 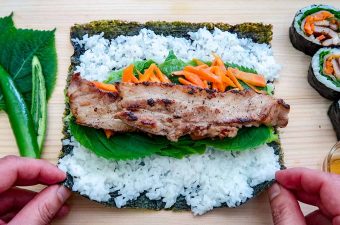